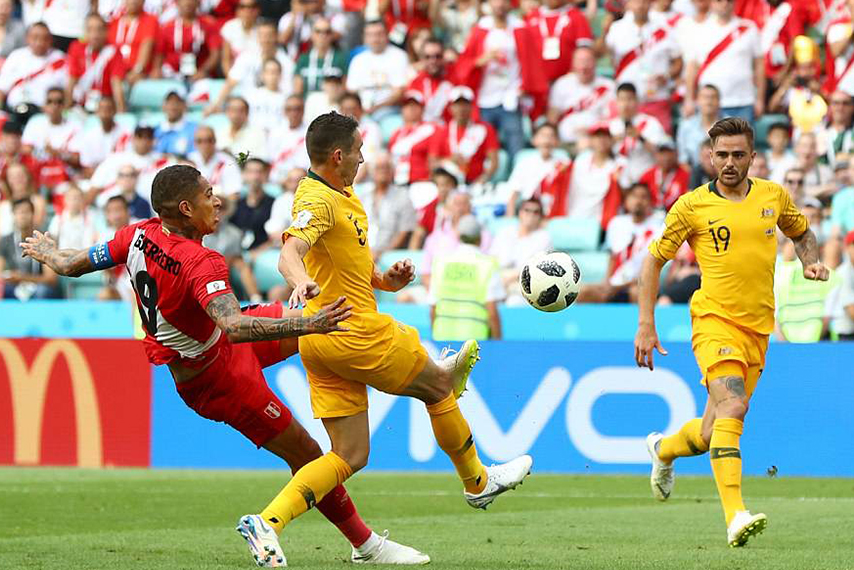 Australia exited the World Cup as they finished bottom of Group C after suffering their second defeat in Russia.

Peru went ahead in Sochi when Paolo Guerrero crossed towards Benfica’s attacker Andre Carrillo who scored a marvellous volley that Australia’s goalkeeper Mathew Ryan failed to save. This was Peru’s first goal of the tournament in 36 years.

Peru’s captain Guerrero, who risked missing the World Cup due to a drugs ban, added a second in the 50th minute.

Coach Bert Marwijk, who had steered Holland to a World Cup final in 2010, tried to stop Australia from falling to another defeat by introducing Tim Cahill to play in his fourth World Cup at the age of 38. However the former Everton and Millwall striker could not inspire a comeback.