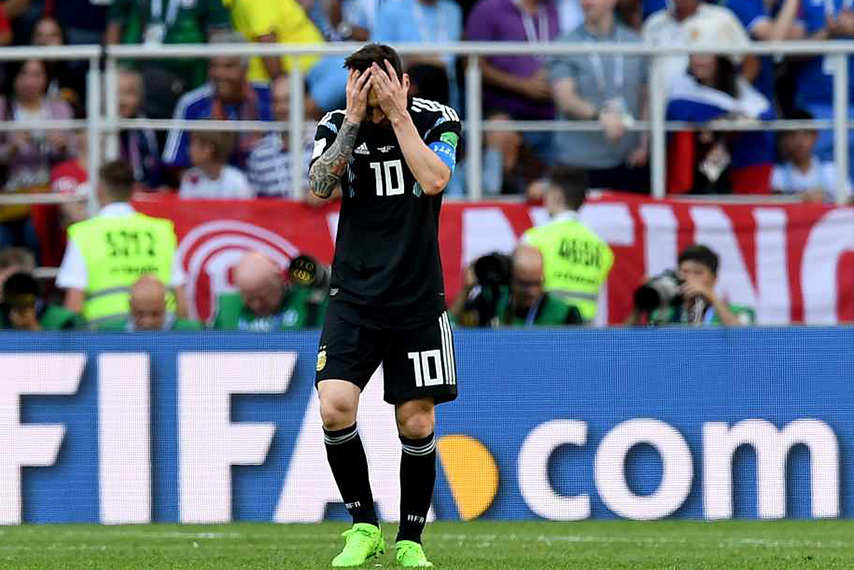 Lionel Messi failed to convert a crucial penalty in the second half as Iceland’s Hannes Thór Halldórsson managed to save the Argentinian’s shot.

The South Americans dominated possession and broke the deadlock in the 19th minute thanks to a wonderful effort by Sergio Agüero. A few minutes later Alfred Finnbogason made it 1-1 after Chelsea’s goalkeeper Willy Cabalero fumbled a shot.

Argentina were denied another penalty with 13 minutes to go as Cristian Pavón was tripped in the area but the referee decided against a VAR review. The minnows’ fighting spirit shown throughout the entire match as they stopped Argentina from adding another goal and took a deserved point from their first ever World Cup game.