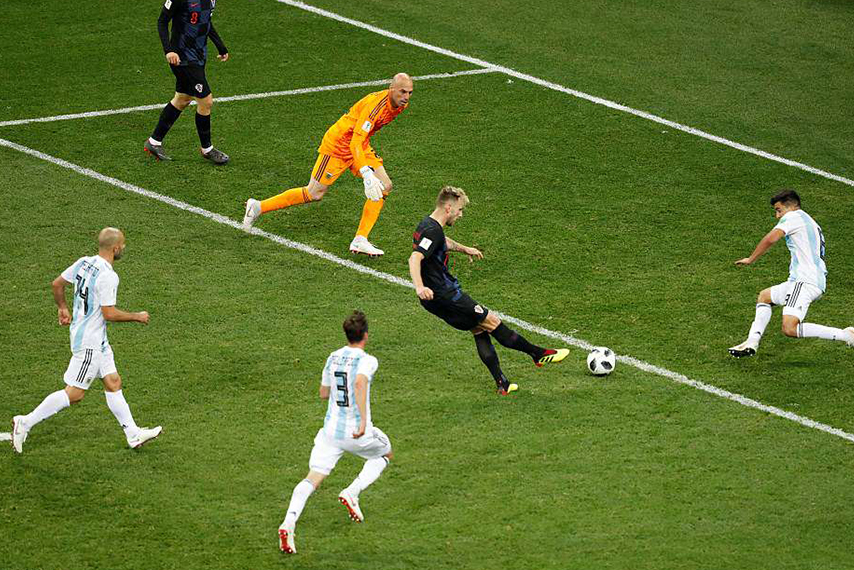 Croatia stunned twice world champions Argentina as the European side scored 3 goals against Jorge Sampaoli’s team. Ante Rebic made the most of Willy Caballero’s miscued clearance by volleying the ball into the net from close range.

Luka Modric added a second goal with 10 minutes from time with a wonderful shot from the edge of the box. Ivan Rakitic, Lionel Messi’s teammate at Barcelona, scored the final goal in stoppage time that left Argentina staring at elimination.

An agitated Sampaoli sent on Juventus’ Gonzalo Higuian and Paolo Dybala, as well as Cristian Pavón, but none of them managed to help Messi in avoiding a heavy defeat against Croatia.

The Argentinian supporters, including 57-year-old Maradona, were visibly upset as the 2014 finalists, led by one of the greatest strikers of all time, were humiliated at the Nizhny Novgorod Stadium.