Finance Minister Edward Scicluna this afternoon washed his hands off any responsibility for the concession to run three public hospitals granted by Vitals – even as he defended the concession as it stood.

Nationalist MP Jason Azzopardi asked him to comment on claims that Vitals boss Ram Tumuluri had granted himself a €5 million bonus in 2017 even though the company was registering heavy losses. The concession was ultimately transferred to Steward Healthcare. 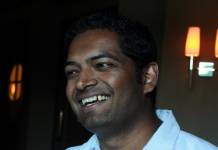 But Scicluna noted that in this case, the concession did not pass through the Finance Ministry but was directly presented to Cabinet by the minister concerned – at that time, Konrad Mizzi. That minister, he said, negotiated the concession through Projects Malta from beginning to end.

His arguments led to loud protests from the opposition benches – with some equally loud responses from government MPs on occasion – forcing deputy speaker Claudette Buttigieg to ask MPs to quiet down on multiple occasions.

Scicluna also said that the audited accounts of Steward Healthcare showed that the money given to the company was “almost 100%” spent on salaries and consumables “that the government would have had to pay for in any case.”

He said that the €5 million bonus was not his remit, and that irrespective of the concessionaire’s performance, as long as they stuck to their side of the deal, the government saw no reason not to stick with it.

MP Karol Aquilina then asked Scicluna to answer, yes or no, whether he felt that the “obscene contract” with Steward should be cancelled, but Scicluna simply replied that he had been clear on this matter.