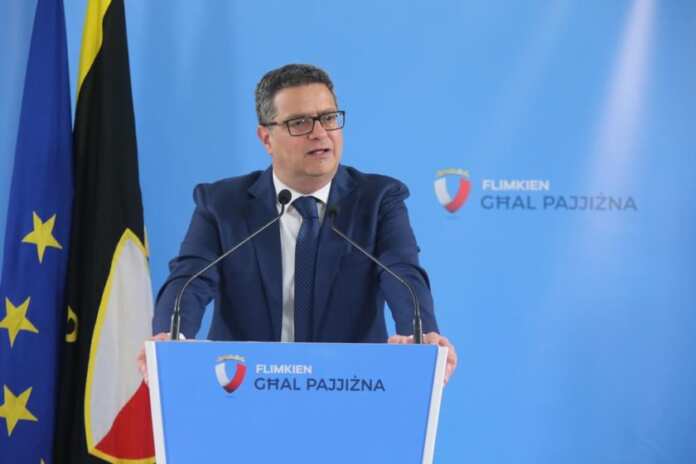 Speaking about the resignation of the PN MP Herman Schiavone, the PN leader Adrian Delia said that he had done the ‘honourable’ thing, something government officials haven’t.

Speaking at an event in Balzan, the PN leader said that the decision by Schiavone was significant in spite of the many international calls for members of the Labour government to step down.

Earlier today, the MP Herman Schiavone signaled his voluntarily resignation from the Nationalist Party over revelations of his meeting with Mr Yorgen Fenech, the alleged owner of the secret company 17 Black. His colleague Kristy Debono also apologized for her involvement which was aimed at seeking sponsorship for a conference.

In Delia’s address, he cited the example of the recent publication of the GRECO report which has criticized the government and institutions to investigate corruption and the murder of Daphne Caruana Galizia.

He explained that this report and others,  had cast doubt on the competence of the government.

For this reason, he stressed that the Maltese electorate now had the chance to make a change for the country in the next electoral cycle.

In reaction to Dr Delia’s comments, the Labour Party said that Dr Delia was using Mr Schiavone’s voluntary suspension as way of showing that he was without sin. They responded by saying that with the same attitude, Dr Delia should have done the same to himself long before, largely due to the allegations attached to his name.