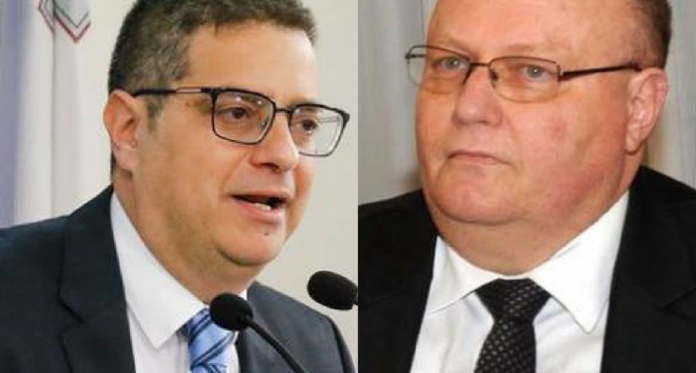 Nationalist Party leader Adrian Delia argued that the arrest of Joseph Muscat’s right-hand man Keith Schembri after so long confirmed that the previous Attorney General Peter Grech had become a government stooge who was working actively to prevent the truth from coming outh.

In his reaction to the arrest of Schembri and Nexia BT’s Brian Tonna and Karl Cini over alleged kickbacks on the sale of passports, Delia said that the party’s efforts to seek Grech’s removal were bearing fruit.

After various calls for him to step down, Grech resigned earlier this month, on the 10th anniversary of his appointment to the post.

He was succeeded by his former colleague Victoria Buttigieg, Malta’s first State Advocate, who requested that the assets of the three arrested men and others linked to their business interest be frozen on suspicion of money laundering. The request was upheld by Judge Edwina Grima on Monday.

Delia reminded that he had asked for a copy of the entire report on Egrant, the secret Panama company opened along with those of Schembri and Konrad Mizzi. This report, he pointed out, made it clear that Cini and others and Nexia BT should be investigated.

But the embattled PN leader also emphasised that the latest developments were the first step in ensuring that those who robbed the country paid for their actions.