Yorgen Fenech who stands accused of being the mastermind behind the assassination of Daphne Caruana Galizia, took the witness stand before Judge Lawrence Mintoff today.

Fenech is contesting the involvement of Inspector Keith Arnaud in the investigations on the assassination of Caruana Galizia.

10.15 The legal counsels of Fenech, Gianluca Caruana Curran and Marion Camilleri asked Fenech on his relationship with former Chief of Staff at the office of the Prime Minister, Keith Schembri.

Fenech described Schembri as a childhood friend, who he used to meet twice a week, visiting each other’s homes and going abroad together.

Fenech explained that they used to help each other out in difficulties, even in health-related issues. Yorgen Fenech added that before the arraignment of the three persons in court accused of the murder, Schembri used to inform him about the investigations.

10:18 Yorgen said that he used to get the information from Schembri himself. “The information used to be relayed by Keith Arnaud himself. Schembri used to say that he had a good relationship with Arnaud who kept him abreast with the latest developments on investigations”.

Yorgen Fenech said that Schembri informed him that one of the accused in the murder of Daphne Caruana Galizia, Vincent Muscat was angling for the presidential pardon. He warned him that his mobile (Fenech’s mobile) was being tapped by the police. “He received a message on his mobile from 79444444.”

10:30 Yorgen Fenech said that when he was arrested at the police headquarters, Arnaud told Fenech that there was hope for him. Fenech said that the Police Inspector advised him to be cautious in what to say and with whom he shared the information.

Fenech said that Schembri handed him two scripts – one when he was arrested and the other one when he was out on police bail when Schembri paid him a visit at home. He explained the former Chief of Staff of the Prime Minister told him to measure his words. “But all the recordings and evidence link Schembri with the murderers,” he said.

10:35  Yorgen Fenech explained that the Police were in a rush to arraign him after he mentioned Keith Schembri’s name in the interrogation. He said that the police seized all laptops and electronic devices including those belonging to his wife and children.

11.00 The defence lawyers asked Fenech from where he was getting all this information. He explained that he started receiving information almost immediately, from the week after the murder, as he was given a heads up on raids when the three people accused with the murder were arrested.

11.15 Fenech said that the relationship between Schembri and Arnaud was good to the point that the former Chief of Staff gave Arnaud’s wife a job at Infrastructure Malta.

11.20 Fenech said that all evidence leads to Schembri but in his case, he was released on police bail and re-arrested four times. “ I am concerned that Arnaud is not in a position to investigate the case because of a conflict of interest.”

Police deny Fenech’s request for the removal of Insp Arnaud 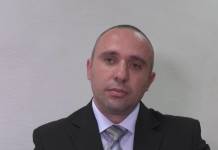