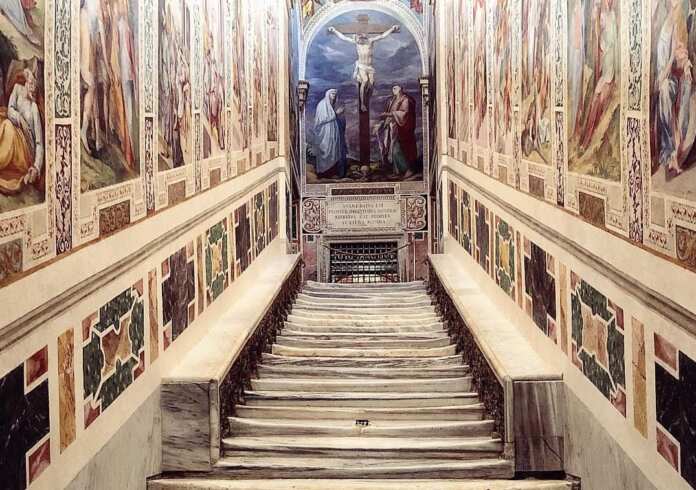 The marble of Rome’s ‘Scala Sancta’ (‘Holy Stairs’), which are believed to be the stairs that were trod upon by Christ on the day of his death, have been uncovered after almost 300 years being encased in wood.

The idea to open the Holy Stairs to the public came when the wood was removed for restoraton and the white stairs beneath were discovered.

The stairs will be uncovered for veneration from the 11th April to the 9th June, the feast of Pentecost. Pilgrims who visit the stairs must ascend them on their knees as a sign of piety and reverence but can choose how they wish to pray while doing so. Those who cannot climb on their knees may kneel on the first step and then walk up one of the other staircases to reach the top.

The Holy Stairs are held to be those which led to the praetorium of Pontius Pilate in Jerusalem, and which Christ would have ascended on his way to the trial before his Crucifixion. According to tradition, the stairs were brought to Rome by St. Helena in the 4th century.