Speaking on Partit Nazzjonalista’s TV Station NET amid the ongoing migration crisis, Delia said that he believed that no one in Malta wanted people to drown.

According to Delia, the current problem was exacerbated by the Government’s policy of increasing Malta’s population. He said that this created a burden on all types of resources. The leader of the Opposition criticised human traffickers for profiteering from the situation in Northern Africa.

Delia asked if it was right for Malta to face the migration crisis alone. He appealed for Europe to show meaningful and tangible solidarity. He said that countries should continue saving people from drowning as was their obligation, however he said that Malta couldn’t be allowed to face this issue on its own. 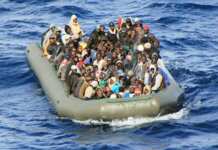