Bernie Sanders’ status as the frontrunner in the race to become the Democratic Party’s presidential candidate was confirmed with a commanding win in the state of Nevada.

Though votes are still being counted for the Nevada caucus, the large gap between the Vermont Senator and other candidates is clear.

The process to select the Democratic candidate started with a caucus in Iowa, followed by a primary vote in New Hampshire, with Sanders and Buttigieg recording strong results in both cases. But both states are overwhelmingly white, and the results in Nevada – which has a significant Hispanic minority – appeared to confirm suspicions that Buttigieg struggles to gain support from ethnic minorities.

As has become tradition, the next contest will take place in South Carolina – the first state on the list with a substantial black population – next Saturday. This contest will be followed 3 March by Super Tuesday, on which 14 states – including the two most populous ones, California and Texas – will hold their primaries.

Super Tuesday will see billionaire Mike Bloomberg formally join the race. Eschewing donations and using his own wealth instead, Bloomberg is heavily outspending fellow candidates, but has chosen to sit out of early races to focus on the Super Tuesday contests instead, a strategy that has not been tried until now. 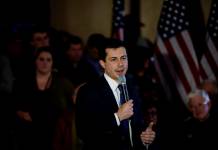 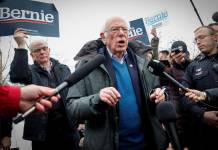 How they fared: Democrats fight for survival in New Hampshire debate