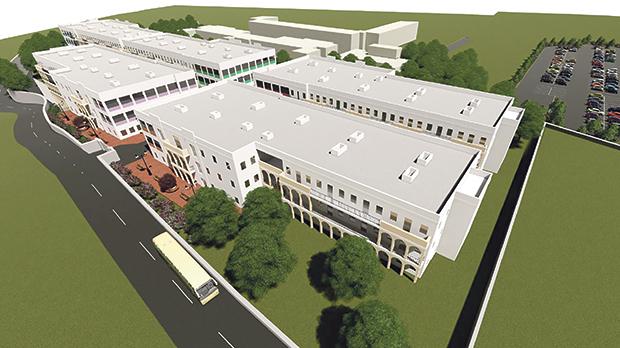 Partit Nazzjonalista MP Beppe Fenech Adami told Newsbook.com.mt that he does not rule out that “the direct order worth hundreds of millions for an extension at San Vinċenz” will be discussed within the Public Accounts Committee (PAC) of which he is the Chairperson.

Fenech Adami further explained that the Partit Nazzjonalista (PN) has already voiced its worries over the way that the San Vinċenz direct order had been handled. “yet again another example of poor governance lack of transparency and unaccountabiklity from a Government lead by Joseph Muscat”.  He also said that the PN  will persist on getting an explanation of what has happened.

In conclusion Fenech Adami said that “the PN does not exclude that this item will get picked for dicussion at the PAC when the time is right”.

On Sunday Partit Nazzjonalista leader Adrian Delia also criticised the handling of this situation and accused the Government of abusing the system.

The PN is also stressing the fact that the categorical denial from Government Authorities of the direct order is contradicting the publication of the approved same direct order on the Government Gazzette of July 20, 2018.

Today’s editorial of the Times of Malta was very critical of the Government’s decision to give a direct order of €274 million to James Caterers and a subsidiary of Seabank Group saying that Malta was being run as a fiefdom. It described the Government decision as an example of a thwarted view of the common good.

In the editorial opinion of Times of Malta’s Labour’s policies are run “to the benefit of economic statistics but not so much of the environment or the lower-scale wage earners.”

The Times of Malta concluded its editorial stating that “It is unacceptable that the Finance Minister, responsible for the country’s purse, claims ignorance about some-thing he should have known, if not approved as well. Public-private partnerships have clearly opened the door to uncomfortable arrangements. They require regulation and, above all, openness. Problem is, the country’s bursar is evidently not on top of things.”