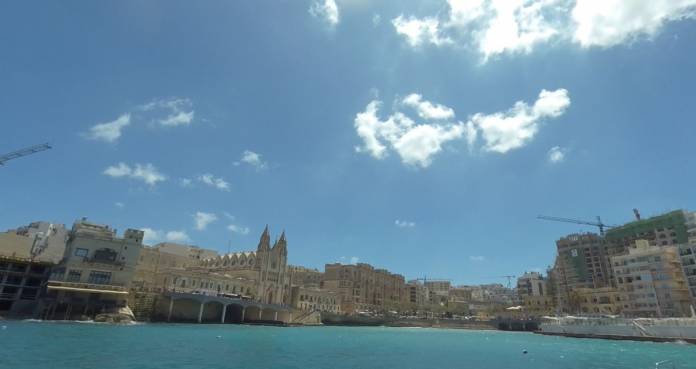 San Giljan ASC has aligned with the developers who are proposing a jetty in Balluta Bay. The Waterpolo club condemned the stand taken by NGOs and St Julian’s Local Council against the application for a temporary and removable jetty adjacent to the Waterpolo pitch in Balluta Bay. The project involves the building of a private jetty that will serve as a hop-on-hop-off tourist service run by the Fortina Hotel owners.

San Giljan ASC, in a press statement, said that the project will bring much-needed funding towards the club. The club said it is one of the island’s major Waterpolo clubs and yet remains one of the few without proper facilities.

Club President, Peter Bonavia, stated that the jetty will not be for the exclusive use of a private company, and certainly no berthing will be permitted. It can only be used as a pickup and drop off point. Therefore, the bay will certainly not be turned into another Sliema Ferries, this is yet again another blatant lie by the local council, NGO’s and certain individuals who are simply fabricating claims without any basis, in fact, said Bonavia.

Bonavia said that everything has been done by the book and it is totally unacceptable that people twist the facts in order to influence the Planning Authority hearing.

On Saturday, 11 NGOs and the St. Julian’s Local Council called on the general public to attend today’s Planning Authority sitting to show their concerns on the application for the private jetty in Balluta Bay. The protesting parties said they are outraged at the fact that those who have already taken “every inch of land in the area” now want to privatise the sea and coast.

The NGOs and St Julians Local Council also said that the private jetty would dominate and pollute the bay as well as pose a constant danger to bathers and swimmers. Balluta Bay would thus suffer the same fate as the Ferries in Sliema, where the same company took over the most substantial part of the shore for its private ferries.

Club President said that the commercial company that has been mentioned will be using brand new vessels compliant with the highest emission and environmental standards.