Five individuals have been arrested upon their arrival at Malta on board the El Hiblu 1.

The Police told Newsbook.com.mt that the individuals were held into custody. A total of 100 migrants were on board the El Hiblu 1.

The El Hiblu 1 docked at Boiler Wharf on Thursday at around 8.30am. The vessel was escorted into Maltese waters after an AFM Special Operations Unit team was dispatched to board and secure the Motor Tanker El Hiblu 1 in order to hand over control of the ship to the Captain.

The team which stormed the ship was was backed up by AFM Patrol Vessel P51, two Fast Interceptor Craft, and one the AFM’s AW 139 helicopters. P21 kept on escorting and monitoring the tanker throughout the operation.

The Armed Forces of Malta embarked on this operation because during communication with the captain of the ship that he was not in control of the vessel and that he and his crew were being forced and threatened by a number of migrants to proceed to Malta. AFM Patrol Vessel P21 then stopped the tanker from entering the Maltese territorial waters and stormed the ship.

During the night @Armed_Forces_Malta conducted sensitive operation on high seas, boarding a ship allegedly captured by #migrants off #Libya and diverted to #Malta. We do not shirk responsibility despite our size. We will now follow all international rules accordingly -JM

The alleged hijacked vessel El Hiblu 1 left Turkey to Libya carrying fuel. The Palau-flagged vessel rescued some 108 asylum seekers who found themselves in distress. According to media reports however the migrants took control of the ship when they discovered that they were being taken back to Tripoli.

Turkish newspaper Haber Turk is reporting that the vessel’s captain is a Turkish national and among the crew are four Indians, a Libyan and six others whose nationality has not been determined yet.

The vessel is reportedly sailing towards Malta however a vessel tracker website shows the ship to be going in Libya’s direction. Its position has not been updated for the past sixteen hours which may well mean that the system has been turned off.

Newsbook.com.mt has been asked by the Armed Forces of Malta to send further questions in writing when asked to confirm the number of asylum seekers and whether it was indeed a case of hijack.

Various media reports have said that the vessel is headed to Maltese waters.

‘There is a chance its a case of hijacking’ – AFM

Italian Deputy Prime Minister and Minister of Interior Matteo Salvini claimed that a merchant ship, El Hiblu 1, which had rescued a group of asylum seekers on board of a sinking vessel close to the Libyan shores was made to changed its route by the rescuees.

Upon checking the position of the alleged hijacked vessel on a vessel tracking web site, the movement of the vessel shows that it was possibly involved in a rescue operation before proceeding straight to Tripoli, according to the latest information available its last position was received 3.44am local time.

The vessel’s movement can be seen in the map below: 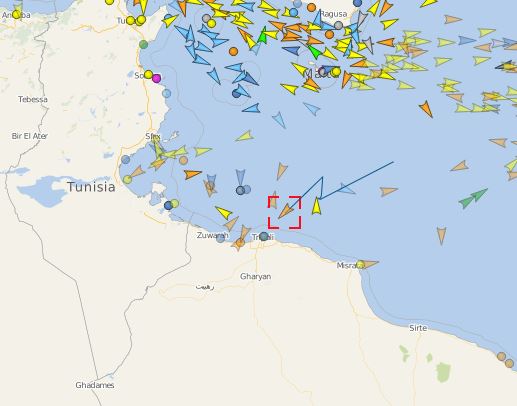 A Maltese helicopter, registration number AS1428, was allegedly in the zone while the migrants were in distress and possibly even during the rescue was taking place according to an online tracker. 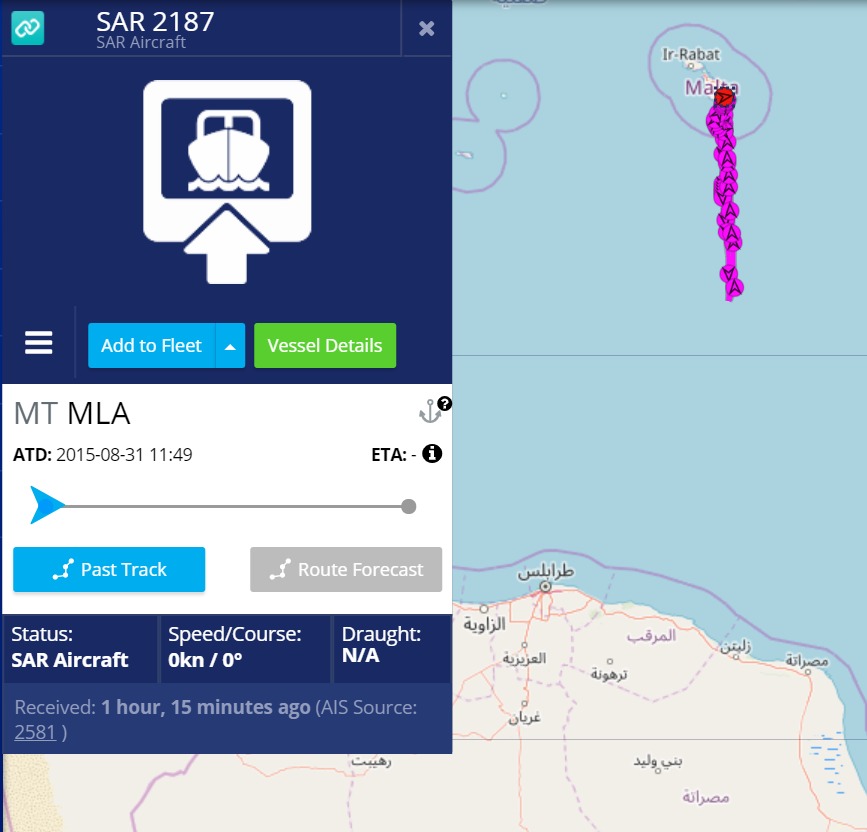 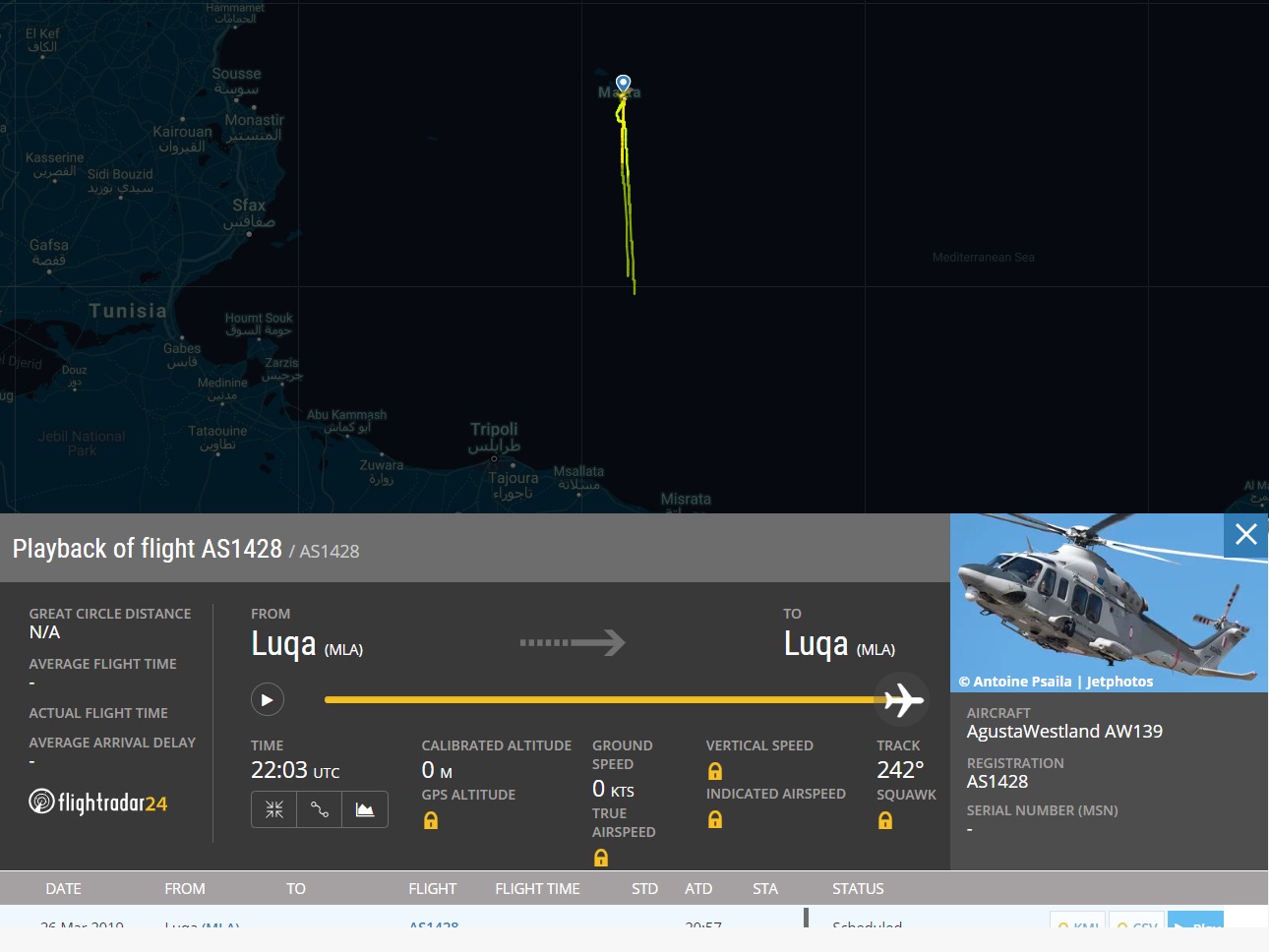 According to Salvini, the asylum seekers have “hijacked” the vessel which was on its way to Libya with the group and is on its way to Malta, the Italian media reported on Wednesday. According to the media reports, upon realizing that they were being taken back to Libya, the migrants threatened the crew and captain asking for a change in route. Salvini reiterated that Italy will not take any asylum seekers.

La Repubblica reported that the Italian Coastguard is monitoring the situation as it evolves.

Watch: 94 brought to Malta after lengthy ordeal at sea

Equality or Inequality? Discrimination or equity?

Chris Vella   August 11, 2020
Chris Vella is Coordinator of Drachma LGBTI, Co-Chair of the Global Network of Rainbow Catholics, and lecturer at the University of Malta Junior College.

Jesmond Saliba   August 11, 2020
Following the incident, the White House was placed on lockdown. The suspect was eventually shot by the police officers.