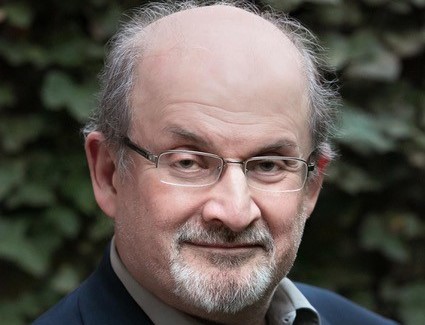 The National Book Council has announced that celebrated author Sir Salman Rushdie is to be the special guest of the 2020 Malta Book Festival – the virtual edition.

A brilliant provocateur, Rushdie has penned a handful of classic novels, influenced a generation of writers, and received a Queen’s Knighthood for his ‘services to literature’. He stands as both a pop culture icon and one of the most thought-provoking proponents for free speech today.

Sir Rushdie’s novels, greeted always with anticipation and acclaim, include The Satanic Verses, The Moor’s Last Sigh, The Ground Beneath Her Feet and The Enchantress of Florence. The reception for his most recent work, Quichotte, has proven no different: included in TIME’s list of 100 Must-Read Books of 2019, and named one of The Financial Times’ Best Books of 2019 — who also called the novel “brilliant… a perfect fit for a moment of transcontinental derangement”. Quichotte was also a shortlisted finalist for the 2019 Booker Prize.

An eclectic writer and noted public intellectual, Rushdie has won many of the world’s top literary prizes. For his masterwork of magic realism, Midnight’s Children, he won the prestigious Booker Prize in 1981, and later, the Best of the Booker. The novel has since been adapted to film by Academy Award-nominated director Deepa Mehta. Sir Salman Rushdie is also the author of bestselling memoir Joseph Anton. His Luka and the Fire of Life is a children’s novel and a companion to Haroun and the Sea of Stories. His recent novel Two Years Eight Months and Twenty-Eight Nights was a New York Times bestseller, as was The Golden House. Sir Salman Rushdie has served for two years as president of The PEN American Center, the world’s oldest human rights organisation.

In conversation with Dr Alfred Sant

At the 2020 Malta Book Festival Rushdie will be appearing in conversation alongside a towering figure of Maltese literature, Dr Alfred Sant. In a long and distinguished literary career, Sant authored a notable list of published works ranging from novels, short stories, plays and autobiographical writings. On five different occasions and in different categories he’s been the recipient of the National Book Prize, and most recently the 2019 National Book Prize Lifetime Achievement Award. Between 1996 and 1998 Sant served as Prime Minister of Malta and was elected as a Member of the European Parliament in the 2014 and 2019 elections.

His first novel, L-Ewwel Weraq tal-Bajtar (1968), published when he was only 19 is a watershed moment in the development of the Maltese literature, announcing the advent of the contemporary novel. Other landmark novels include the early-seventies set Silġ fuq Kemmuna (1982) and La Bidu, La Tmiem – 1599 (2001), a historical epic praised for its capacity to meld “political, economic, social and cultural viewpoints…while never failing to deal with humanity’s existential conundrum” (Mario Azzopardi, Times of Malta). Sant is also a renowned playwright, with the satirical Balzunetta Towers (2017) as his most recent work in the genre. This took on Malta’s construction obsessed mind-set and the power of money over the political class, and was performed as part of the Valletta 2018 European Capital of Culture programme.

The discussion, which will be shedding light on the achievements, influences and current preoccupations of these two great writers and their respective cultural milieu, will be moderated by Prof. Clare E Vassallo, Associate Professor of Semiotics and Translation Studies at the University of Malta, and streamed online on Wednesday 11th November at 7.00 pm.

The following day, Sir Rushdie will also be directly engaging with students and readers from the general public in the form of a digital Q&A. To better preserve the spirit of a direct exchange, the number of spaces is being limited to 40 audience members. Participants interested in booking a place at the Q&A are invited to submit the one question they would like to ask the Booker Prize winning author – the more fascinating the question, the better the chances of securing a place.

Questions should be submitted by email to michael.mercieca@gov.mt by the 31st October 2020 with the subject line ‘MBF2020 Q&A’ and include name and surname. The Q&A with Sir Salman Rushdie is being organised in collaboration with the Department of English, University of Malta.

The full programme of events for the 2020 Malta Book Festival – the virtual edition (from the 11th to 15th November) will be published in the coming weeks. For the latest updates, you may visit the NBC’s Facebook page and website.

Speak with Salman Rushdie at the Malta Book Festival 2020

National Book Council requests meeting with Minister for the Economy