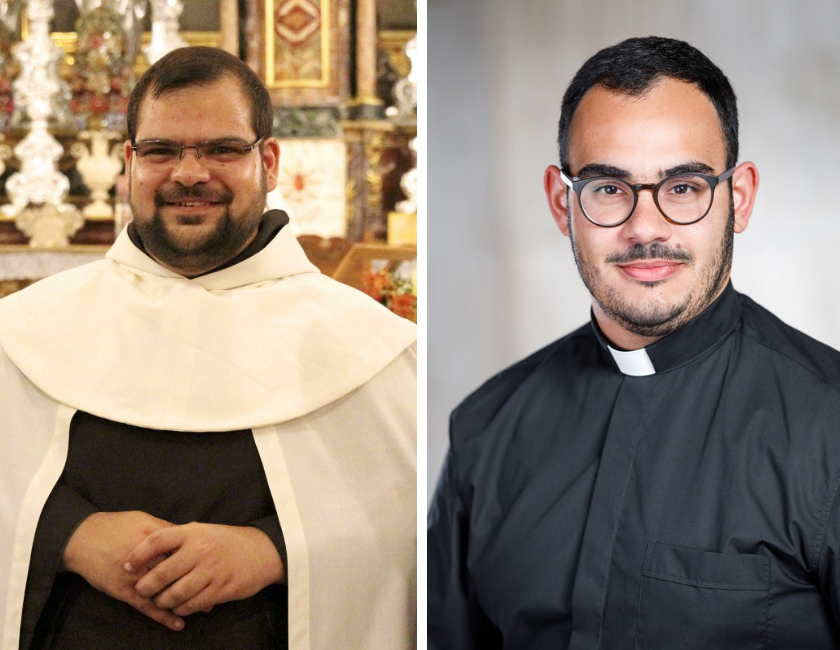 The Diocese of Gozo announced that the Ordination of Father Elijah of the Crucified Jesus (Michael Mifsud) and that of Mario Mercieca will be celebrated in June.

In a statement, the Diocese said that the celebration will take place on the 14th of June, at 6:30 pm at the Cathedral of the Assumption in Rabat, Gozo.

Father Elijah forms part of the Church of the Visitation of Our Lady, in Għarb. Mario Mercieca on the other hand is part of the Parish of the Cathedral of the Assumption.

According to the Diocese, Mifsud was born in Gozo, on the 8th of August 1990, the eldest among four siblings. He served as an altar server in Għarb, where he also helped in the M.U.S.E.U.M.

He studied Theology at the University of Malta. A year later, he started his journey with the Order of the Carmelitani Skalzi. He helped in the Saint Theresa community in Bormla and Birkirkara.

Fra Elijah made his Simple Profession on the 6th of August 2013. Eventually, he found his way to Brescia, in Italy, where he studied and continued his formation within the same Order in the Convent of Saint Pietro in Oliveto. When he visited Malta for some days, he used to serve in the Parish of Saint John’s Cross in Ta’ Xbiex.

According to the Diocese, Mario Mercieca was born in Gozo on the 27th of February 1993.

In 2012, Mercieca requested to join the Major Seminary of the Heart of Jesus He studied the course as a seminarist in September 2013. During his intermediary year, he joined the Parish of Regina Pacis in the village of Centobuchi, a part of the Diocese of Saint Benedetto del Tronto–Ripatransone–Montalto, in the heart of Italy.

He received the minister for Lectorate in March 2018, in the Basilica of Saint Peter and Saint Paul in Nadur. In December of 2019, he was instituted as an ‘Akkoltu’ in the same Basilica by the Bishop of Gozo, Mgr. Mario Grech.

During his formation, Mercieca created pastoral experiences in the Parishes of Fontana, Munxar, San Lawrenz, and currently in Nadur.

In preparation of the Ordination, a Prayer Vigil will be held on Thursday, 13th June, at 8:00 pm, at the Seminary of the Heart of Jesus in Victoria.