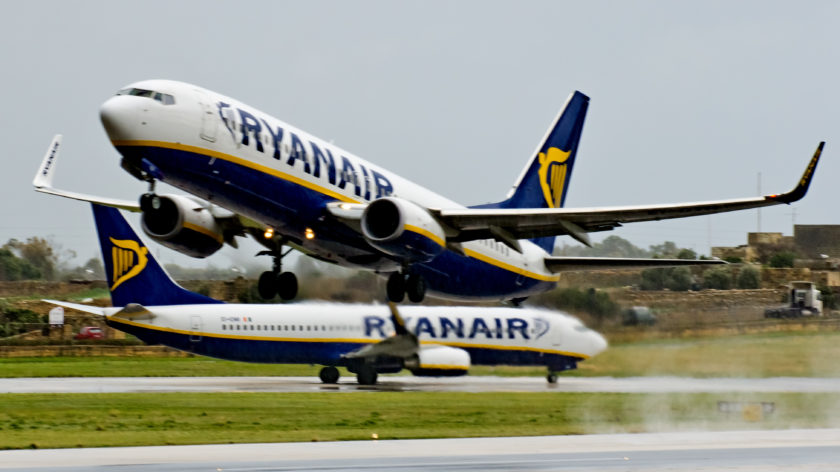 Ryanair has cancelled around 190 flights for this Friday 28th September due to cabin crew strikes set to take place across Europe.

The airline has said that all affected customers received e-mails and texts this morning advising them of the cancellations.

It claims that the 190 flights make up just eight per cent of 2,400 scheduled flights – but this will disrupt all those who planned to voyage this Friday.

The airline is currently facing strikes from cabin crew across Spain, Belgium, Holland, Portugal, Italy and Germany after it failed to reach an agreement during negotiations with unions.

Since the unions represent a host of airlines, the Ryanair cabin crew are not the only ones who are striking. The unions are requesting contracts for employees that fall under their own countries’ labour laws.

EU rules say you can get compensation if you are denied boarding, your flight is cancelled or delayed by two hours or more.

In the case of cancellation the rule is you can get compensation if you’re given less than 14 days’ notice – and you could be entitled to a full refund.

Fundraising Marathon in aid of the Missions cancelled

Monique Agius   April 4, 2020
Foreign Minister Evarist Bartolo reiterated Malta's call to support Libya, where persistent fighting is undermining the country's ability to mitigate the spread of coronavirus, while also contributing to a higher risk of a spike in irregular migration.

Reuters   April 6, 2020
The Alpine republic was broadly shut down three weeks ago, with schools, bars, restaurants, theatres, non-essential shops and other gathering places closed. The public has been told to stay at home and work from there if possible.