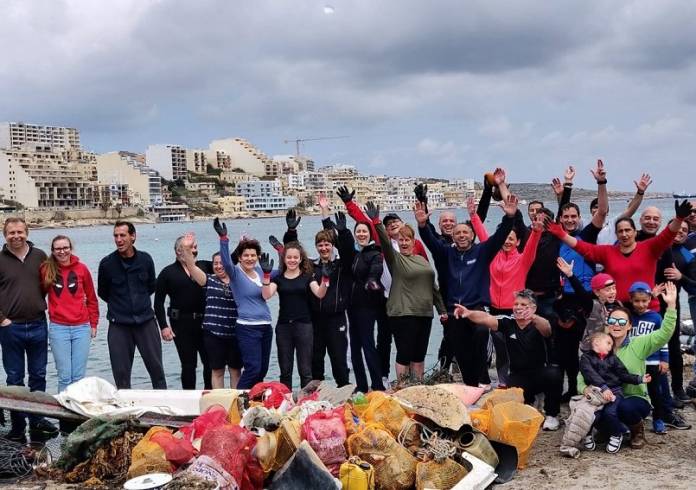 The #WaveofChange campaign is returning for the third year in a row, inspiring the Maltese to raise awareness about waste and plastic pollution, and to form part of the solution. Waste from disposable materials, especially plastic, is a global problem, with trash polluting our soils and oceans, and harming our wildlife.

More than just a sporting event, the #WaveofChange is a powerful campaign that addresses this issue and gives people the tools to change their behaviour. Together with the run on the 28 and 29March, 30 clean-ups are being organised by various companies, volunteers, and NGOs, led by the clean-up campaign coordinator Cane Vella. Some of the locations earmarked for clean-ups include Manoel Island, St George’s Bay, Xemxija, Majjistral Park, Bombi Floriana, Wied Incita and Selmun Bay among many others.

Last year’s Run the #WaveofChange 2019 comprised a 126km run around Malta’s coastline within 21 hours. This year, organisers are upping the ante with a 168 km run in 26 hours – a distance that equates to four full marathons. All participants are required to collect three pieces of rubbish and share a photo on social media ahead of the event. This simple action is a central part of the #WaveofChange campaign, allowing everyone, regardless of age or ability, to get involved and pass on the message.

“The Wave of Change is an opportunity for everyone to make a ripple in the water,” says Mr Vella, “If we all collect some of the existing litter, we can set an example for one another and we can start to think and explore ways to mitigate this issue altogether. The key here is to share our knowledge and experience with others, and to come together for the clean-ups to show we care for our provider Mother Earth.”

Whether in the run itself, on one of the clean-ups, or just by collecting three pieces of trash and spreading the word, anyone can be part of this growing movement.

If you want to get involved in the clean ups and be a part of the #WaveofChange, you may contact Cane Vella on 99032643. Gloves, bags, and water will be supplied.

The Run the #WaveofChange 2020 event will take place over the 28 and 29th March 2020. While there is no participation fee, those interested are asked to collect three pieces of rubbish and use the hashtag #WaveOfChange on social media prior to submitting their application.

More information may be found on the Run the #WaveofChange Facebook page.