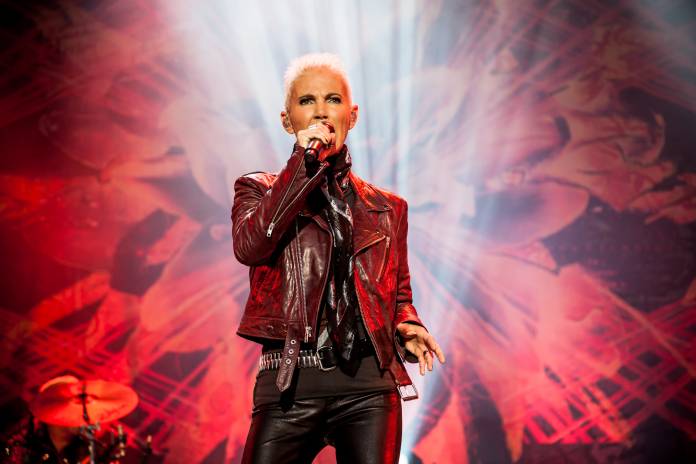 The Swedish musician who co-created the pop duo Roxette in 1986, Marie Fredriksson, died on Monday 9th December 2019 after a long illness.

Fredriksson had previously battled a brain tumour in 2002. Doctors had warned that she only had a 20 percent chance of survival, but she managed to recover after a long and gruelling course of treatment. The tumour left Fredriksson blind in one eye and with limited hearing, and she was unable to speak for months after her treatment.

She reunited with Roxette and toured in 2011; however she was forced to give up her music in 2016 when doctors told her she would no longer be able to tour or record.

Fredriksson’s Roxette co-star Per Gessie paid tribute saying in a statement: “Thank you, Marie, thanks for everything. You were an outstanding musician, a master of the voice, an amazing performer. Thanks for painting my black and white songs in the most beautiful colours. You were the most wonderful friend for over 40 years. I’m proud, honoured and happy to have been able to share so much of your time, talent, warmth, generosity and sense of humour. All my love goes out to you and your family. Things will never be the same.”

The pair had huge success in the 80s and 90s and are best known for their song It Must Have Been Love.