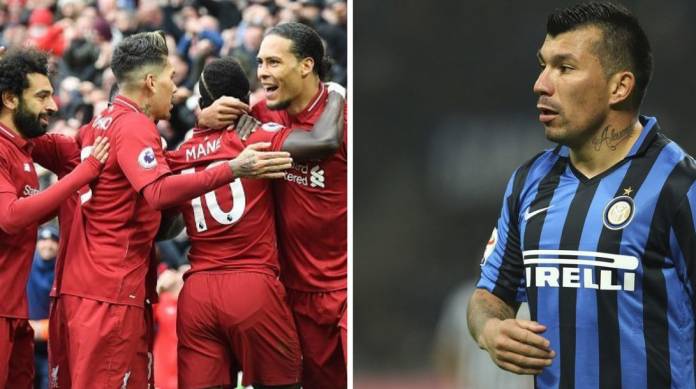 Ac Milan registered their first win since early December when they eased past Cagliari on Saturday. Zlatan Ibrahimovic scored his first goal since his return with the Rossoneri on a six-month loan. He had scored 42 goals in 61 league games for Milan between 2010 and 2012. It was Rafael Leao who gave Milan the lead just after half-time. The advantage was doubled when Ibra scored with a left-footed strike on 64 minutes. The Sardinians have now lost four games in a row and are now six points behind fifth-placed Atalanta. In one of the top games of the weekend, Inter hosted Atlalanta in a mouth-water fixture with both teams looking to continue their positive momentum. Inter opened the scoring early in the game with Martinez after a quick give and go with Lukaku. The equalizer came on 76 minutes through Robin Gosens with a volley from a tricky angle. Handsnovic saved Luis Muriel’s late penalty to extend Inter’s run of 12 unbeaten league games.

Lazio hosted Napoli as they looked to record a historic 10th consecutive win. The Partenopei were struggling badly, losing two out of the three games since new manager Gattuso had been in charge. Napoli as they have done so many times this season ended up shooting themselves in the foot. Goalkeeper Ospina was caught in possession on a back-pass, tried to dribble past Immobile and failed, the striker managed to swerve a shot into the net from a tight angle. Lazio is in third place with seven points above neighbours Roma who remains with 35 points after losing the Sunday night game against leaders Juventus. The Bianconeri knew a win would put them two points clear of Inter and Serie A winter champions. They scored two quick goals in a frantic start to the game. Demiral found the net with barely three minutes on the clock, Ronaldo doubled the score seven minutes later from the penalty spot. Roma tried to get back in the game but they had to wait until the 68th minute when Perotti converted from the spot. The game remained open until the final whistle but Juve held on for the victory.

Liverpool visited London to play Tottenham Hotspur and continued to break records. Jose Mourinho’s side was without injured striker Harry Kane as they hosted the leaders. Liverpool was not at their best, but they still managed to register their 12th consecutive league win. It was the Brazilian Firmino who scored what turned out to be the winning goal with an impressive finish in the 37th minute. Spurs had two golden chances to equalize at the end of the game but both Son and Lo Celso missed when it seemed easier to score. Liverpool has now gone 38 Premier League games without a defeat. Their last league loss was against Manchester City 12 months ago. In October Southampton suffered a humiliating 9 – 0 hiding at home to Leicester City, fast forward three months and the Foxes suffered a home defeat at the hands of the Saints. Leicester was looking for a third successive league victory as they tried to keep up with leaders Liverpool. Dennis Praet scored his first goal for Leicester early in the game. Goals from Stuart Armstrong and Ings completed the comeback for Southampton.

Manchester United moved back to fifth place with a fine performance against bottom team Norwich City. Marcus Rashford scored twice in his 200th Manchester United appearance. Anthony Martial and Mason Greenwood scored the other two goals which condemned the Canaries to another defeat. On Sunday Watford continued their impressive revival under new boss Nigel Pearson and have now picked 13 points to form the 15 available since he took over the club. In a relegation zone encounter, they travelled to Bournemouth in a bid to leapfrog the Cherries out of the bottom three. Manchester City moved up to second in the table with an emphatic win away to Aston Villa. City is now 14 points behind leaders Liverpool who have a game in hand. Aston Villa was taken apart by a merciless City who scored three times in the first 30 minutes, a double from in the 18th and 24th minute. Then Aguero scored his first of the night just before the half-hour mark. Gabriel Jesus made it four on the stroke of half-time. Aguero added another two on his way to level and surpass Thierry Henry and equal Frank Lampard’s record of 177 goals in England’s Topflight. His hat-trick is the 12th he has scored in the English Premier League and is a unique record of hat-tricks.