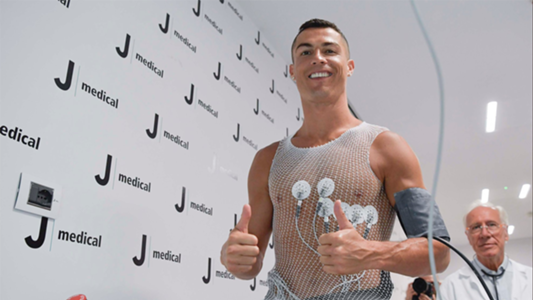 Juventus supporters were ecstatic as the Portuguese star arrived at his new club’s medical centre to complete the necessary medical tests.

The former Real Madrid attacker will join the bianconeri for £100m after spending nine trophy-laden seasons in the Spanish capital. Ronaldo stopped to sign autographs and replica Juventus shirts as fans greeted him outside the J Medical Centre.

The five time Ballon d’Or winner arrived in Turin on Sunday evening and should be unveiled as Juventus’ latest signing inside their stadium later on today. The current Serie A champions managed to sell half a million of Cristiano Ronaldo shirts, bearing the iconic number 7, in the first 24 hours since announcing the transfer.