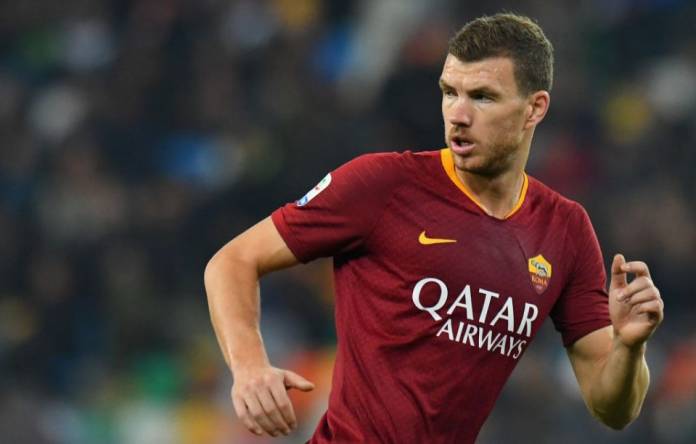 Inter Milan have been chasing Edin Dzeko’s signature all summer but the 33-year-old player has now struck a new three-year deal with AS Roma.

The Bosnia and Herzegovina  striker joined the giallorossi from Manchester City in 2015 after spending  four-and-a-half years in England. According to reports in the Italian press, Inter’s coach Antonio Conte wanted to add Dzeko to his attacking options but the club has so far failed to make room for new strikers after struggling to find a buyer for Mauro Icardi.

“My conversations with the board, the work we’ve been doing with the coach, the relationship with my team-mates and the love of the fans has all made me realise once again what I had already learned during these four years – that Rome is my home.