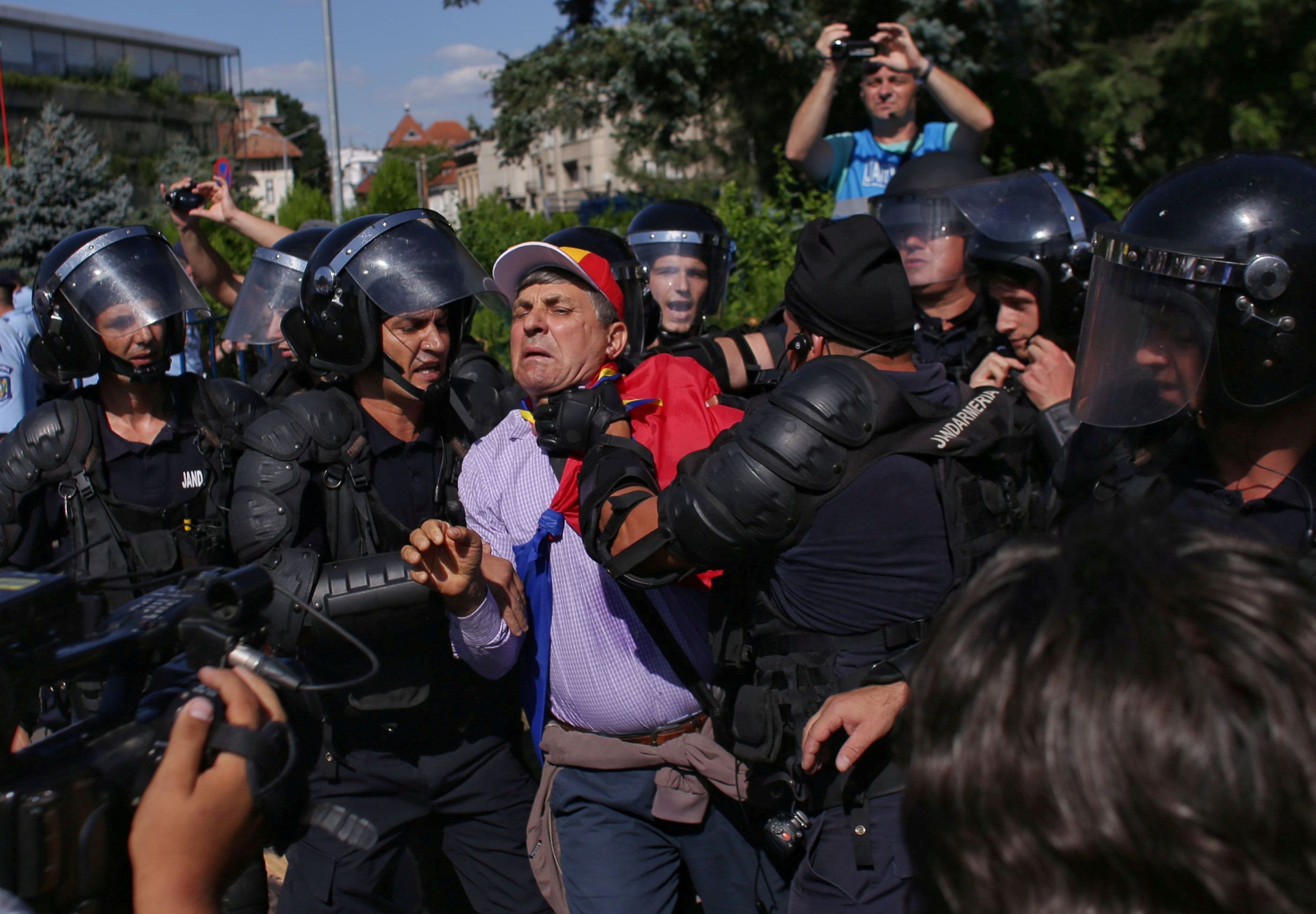 Thousands joined a rally in Bucharest on Friday staged by Romanians working abroad to protest against entrenched corruption, low wages and attempts by the ruling Social Democrat Party (PSD) to weaken the judiciary.

Among the protesters who crossed Europe to take part were truck driver Daniel Ostafi, 42, who moved to Italy 15 years ago in search of a future he says Romania could not offer his family, and Mihai Podut, 27, a construction worker who left in 2014, first for France and later Germany.

They joined more than 7,000 protesters waving Romanian and European Union flags under a scorching sun, chanting “Party of thieves” and calling on the government to resign. More protesters were joining the rally as evening wore on and the day’s heat subsided.

Some protesters scuffled briefly with riot police when they tried to break through a security line guarding the government building. Some threw bottles and other objects at police, who used tear gas. Several on both sides required brief medical attention.

An estimated 3 to 5 million Romanians are working and living abroad, the World Bank has said, or about a quarter of the European Union state’s overall population. They sent home just under $5 billion last year, a lifeline for rural communities in one of the EU’s least developed countries.

“I left to give my children a better life, which was not possible here then,” said Ostafi.

“Unfortunately, it is still not possible, the … people who govern us are not qualified and they are corrupt,” he said, adding he hoped the next parliamentary election would see a bigger turnout.

Protests have occurred outside government headquarters regularly since the Social Democrats took power in early 2017 and tried to decriminalise several corruption offences.

Earlier this year, they pushed changes to the criminal codes through parliament that have raised concerns from the European Commission, the U.S. State Department and thousands of magistrates. The changes are pending Constitutional Court challenges.

Romania ranks as one of the EU’s most corrupt states and Brussels keeps its justice system under special monitoring.

Several politicians from the ruling coalition derided the rally in the run up, saying they did not understand why the diaspora would protest.

“Almost all of the public sector is malfunctioning, it must be changed completely and replaced with capable people,” said Podut. “I would ask our ruling politicians to switch places with us, work the way we do and see what that is like.”