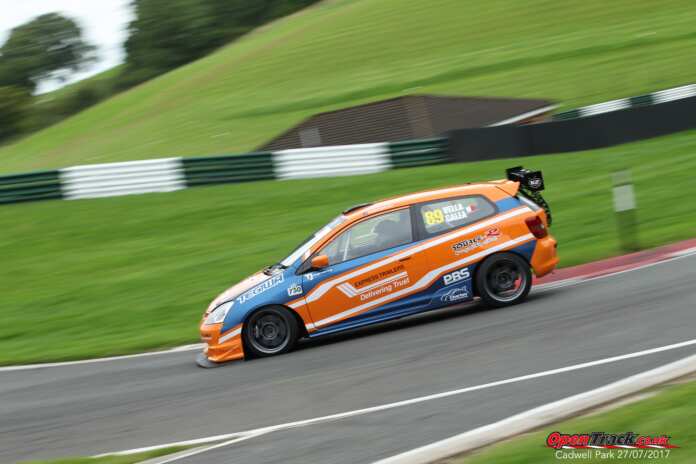 On Saturday, Rodren Vella will continue his Royal Purple Hot Hatch Championship challenge at the Cadwell Park Circuit in Lincolnshire in the United Kingdom, with his Honda Civic.

A year ago, Rodren together with Bernard Galea won his class at Cadwell Park in the mini-endurance Roadsports class 45-minute race promoted by the 750 Motor Club of the UK, with the same car. The car has of course been modified for this year’s different championship.

The 2.19 miles long Cadwell Park circuit is fondly nicknamed the “mini-Nurburgring” – after the famous German motor racing circuit. In 2014, Cadwell Park celebrated its 80th anniversary. The circuit is twisty and undulating, winding through open park and woodland.

Although Rodren was successful a year ago at this circuit, he is not taking any chances and he has a test day tomorrow/on Friday to refresh his experience at this technical and difficult circuit.

The first race on Saturday is scheduled for 12.15 UK time, and it will be 13 minutes long plus one lap.

The second race on the same day is scheduled for 4.40 pm UK time, and it will similarly be 13 minutes long plus one lap. Both races may be followed through live streaming on the 750 Motor Club website. – http://www.theresultslive.co.uk/750-motor-club/2018/14-cadwell-park

Rodren is currently leading the championship in Class C, and he hopes to continue to accumulate precious points to bring the silverware to Malta!