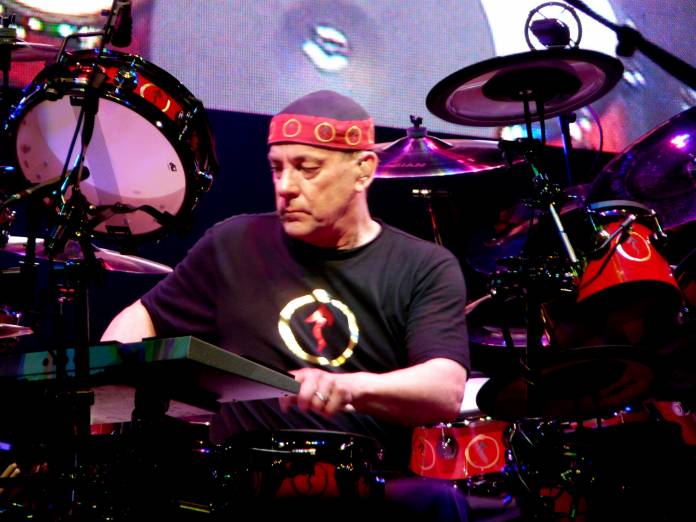 Rush bandmates Geddy Lee and Alex Lifeson said, “It is with broken hearts and the deepest sadness that we must share the terrible news that on Tuesday our friend, soul brother and band mate of over 45 years, Neil, has lost his incredibly brave three and a half year battle with brain cancer (Glioblastoma).”

Tributes for Peart poured in fast from rock legends such as Dave Grohl from the Foo Fighters, who said, “Today, the world lost a true giant in the history of rock and roll. An inspiration to millions with an unmistakable sound who spawned generations of musicians – like myself – to pick up two sticks and chase a dream. A kind, thoughtful, brilliant man who ruled our radios and turntables not only with his drumming, but also his beautiful words.”

Heart guitarist Nancy Wilson said, “So sad to learn Neil is gone. What a immense talent and influence on the course of rock music for all time. He was such a magical cornerstone in the Temple of Rush. Rush is forever timeless.”

Brian Wilson from the Beach Boys posted on Instagram: “I feel real bad about this – he was way too young. Neil was one of the great drummers and he’ll be missed. Love and mercy to Neil’s family.”

Tool, Dream Theater and Styx all paid tribute to the Rush drummer during their shows over the weekend.

If you have some free time today, you could do worse things that spending it watching the video below – an eight-and-a-half-minute drum solo by Peart during a Rush concert in Frankfurt in 2011.

George Bush Snr: The man who brought the world in from the cold

Plethora of tributes on Daphne’s one year murder anniversary