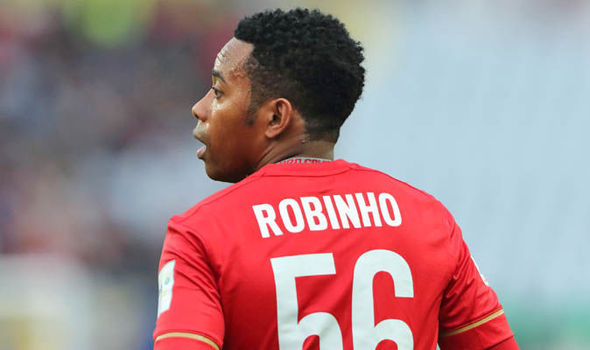 Veteran striker Robinho has joined Istanbul Basaksehir who are currently leading the Turkish Super Lig. The 34-year-old, who is best remembered for his spells at Manchester City, Real Madrid and AC Milan, has so far managed 8 goals and 2 assists throughout the current season.

The Brazilian will be reunited with Emmanuel Adebayor who was also on the Citizens‘ books from 2009 until 2012. Istanbul Basaksehir also boast the likes of Eljero Elia, Gael Clichy and Arda Turan in their ranks and are occupying first place after collecting 35 points from their first 17 matches.