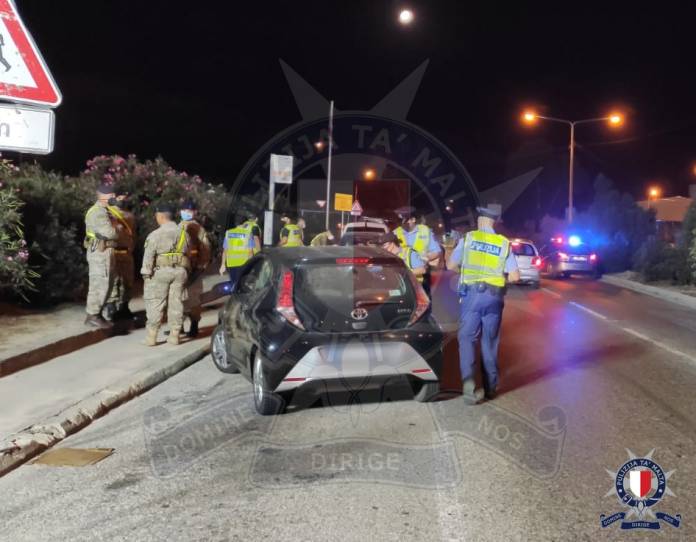 Żejtun district police, with the assistance of Armed Forces of Malta personnel and police dogs, carried out inspections in Triq Għar Dalam, Birżebbuġa, between 10:30pm and 3am.

The police said that that they would be prosecuting those involved, and that their investigations were ongoing.

Meanwhile, police officers from the Valletta and Ħamrun districts carried out inspections in various establishments, public gardens and streets. They identified a number of abandoned vehicles in Marsa, on which they affixed notifications urging the owners to remove them with immediate effect. A number of fines for illegal parking were also issued.