The Gozo Ministry was making the most of the drastic decline in traffic between Malta and Gozo to step up work on a number of roads leading to Mġarr Harbour, Gozo Minister Clint Camilleri said this afternoon.

Camilleri was asked to comment on ongoing roadworks in Gozo by Labour MP Jean-Claude Micallef during question time in today’s sitting.

Following the arrival of Covid-19 in Malta, travel between Malta and Gozo has been restricted to essential trips, leading to a steep drop in passenger numbers. Consequently, Camilleri said, the ministry could step up roadworks without causing needless disruption, particularly when it came to roads leading to the ferry. 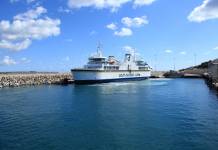 The minister noted that work on Triq iż-Żewwieqa, which leads to Qala, was concluded earlier this month, having started in February. Subsequently, the ministry started working on Triq Sant’Antnin in Għajnsielem, which had served as an alternate route while works on Triq iż-Żewwieqa was ongoing.

€8 million for Nadur’s Mġarr Road; it has been closed off for a year and a half 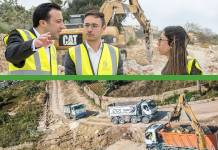 Mġarr Road, which goes up a clay slope, had been closed to traffic in November 2018 after a section caved in, just weeks after its reconstruction had originally been announced.

“What is important is that the rebuilding has started and will continue,” Camilleri said. “We are doing our utmost to conclude it as quickly as possible, but you must understand that substantial work is required.”