In three months there were six fatalities, Doctors for Road Safety pointed out in a statement quoting the latest figures made available by the National Statistics Office in August.

Ahead of the World Day of Remembrance for Road Traffic Victims’ endorsed by the UN General Assembly and the World Health Organisation, the Doctors for Road Safety, reminded the public that 85 individuals sustained grievous injuries while 308 individuals escaped with slight injuries in road traffic casualties. The majority of involved people in the 26 to 40 age-bracket.

On Saturday, a 19-year-old of Mosta became the latest victim after he was involved in a head-on collision while his passenger is currently fighting for his life. 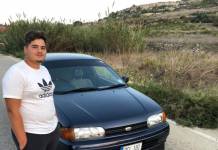 The World Day of Remembrance for Road Traffic Victims’ takes place on the third Sunday in November and is the appropriate international reminder and acknowledgment of the unimaginable and preventable suffering of victims of road traffic crashes and their families.

Doctors for Road Safety explained that the term ‘crashes’ is used intentionally instead of ‘accidents’ because the latter term may imply that there is little, if any, that can be done to prevent the suffering of road traffic fatalities and injuries and that ‘accidents will always happen’.

“Nothing could be further from the truth. Each and every ‘accident’ has a definite and preventable cause or number of causes. And yes we can, and should, investigate and examine in detail each and every factor involved in road traffic crashes,” the doctors said.

Such a critical undertaking is the only shared response which enables and ‘drives’ those changes in public policies, infrastructure and vehicle manufacture which will reduce and eventually put an end to the road risks that all members of society expose themselves to, whether as drivers of vehicles, passengers, pedestrians or cyclists.

The doctors said that the financial and economic consequences are estimated at about 2% of EU countries’ gross domestic product although such estimates do not take into account the cost of long-term disability and the many intangible costs to the patient and family.

The Doctors for Road Safety or D4RS are working as first responders and provide medical care, but also have a critical role as researchers, educators and advocates for public policies that are effective in reducing and eliminating road traffic casualties.

The doctors in their concluding remarks observed that their objectives can only be achieved by the active and efficient contribution of other institutions including the Police Force, the Judiciary, Transport Malta, various Ministries and other Government entities, NGOs and essentially all members of society who ultimately pay the unbearable price of human tragedy for inaction and laissez-faire.