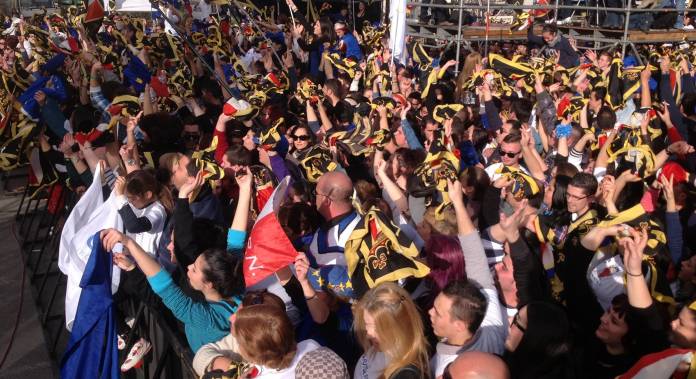 Latest developments about the leadership crisis within the Nationalist Party is creating a more hostility between party members who want current leader Adrian Delia to say and those who believe new leadership should take over for the sake of the party in light of the survey published on Sunday 2nd February with figures showing trouble for the party and Adrian Delia.

Recent comments by PN leader Adrian Delia may have sparked tension between party supporters and MPs who want Delia to resign.

Newsbook.com.mt was made aware of comments written in a PN Facebook secret group by a certain Jo Meli from Valletta who has described those opposing to Adrian Delia as “Enemies of Malta and her people”.

According to Jo Meli all it is needed to get rid of those who want Delia to step down are meat hooks and piano wire “eight at a time till the end of the list”. He also wrote that such measures used to “work in the 1940s and will work out fine today.”

Immediate was the reaction of party members who saw this post by Meli in a Facebook group with many suggesting that who is responsible for the group should remove and report him.

PN MP Jason Azzopardi has also reacted to the post by Jo Meli. “Bring it on. I dare you” wrote Azzopardi.

Many PN supporters reacted to Azzopardi’s post describing the man as not being a nationalist and was never part of the PN and also that he is considered as an extremist.