Deputy Prime Minister and Health Minister Chris Fearne said that he was joking when he said “RIPN” during an interview.

He said this while being interviewed by journalists. Chris Fearne is a Labour Party (PL) leadership hopeful, meaning that he would take on the role of Prime Minister is he were to be elected. 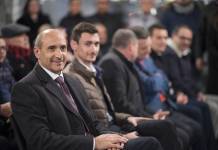 Earlier this week, Fearne said that the Nationalist Party (PN) will never be elected in Government so long as he’s alive. He said that upon his death, his gravestone will read RIPN instead of RIP.

Fearne stated that he understands that the role of Prime Minister is one of representing everyone. He said that he also understands if the comments were taken to heart, but said that there is no need for hurt feelings since it was a joke. 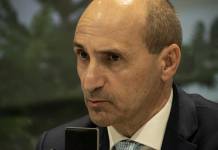 He added that if he needs to apologise to anyone, he’s ready to do so. He was then asked by journalists whether his comments were made at an appropriate time, given President George Vella’s appeals for unity. Fearne answered that although national unity is needed, a PL leader needs a strong party that wins elections.

Fearne said that he is ready to be a leader, and said that one of his priorities is unity.

“The Government is to stay the same”

Fearne clearly outlined that it is only the Prime Minister who will change, not the Government. He said that Robert Abela has an important role to play, and that if he were to be elected as PM, he would give Abela the space to join the Executive to be able to work together.