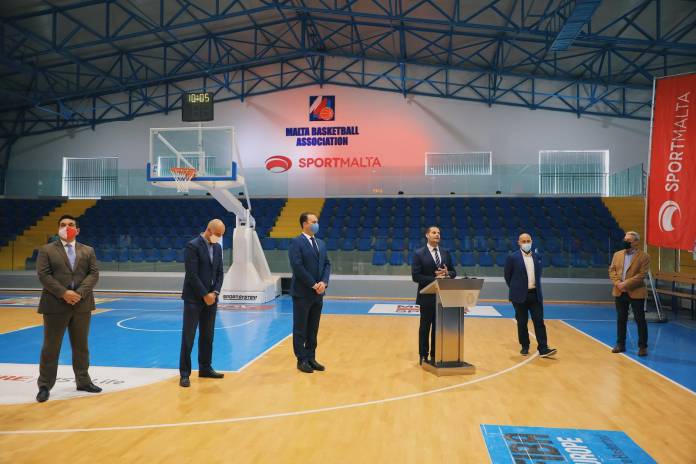 The basketball pavilion in Ta’ Qali can now seat 1,000 spectators and is more accessible to people with disabilities, as a result of a €1 million project that has also seen the addition of a number of additional facilities within the structure.

The second phase of the pavilion project was inaugurated on Monday.

The original structure was built just after the Second World War, and only the original steel structure has been retained. During the first phase of the project, this was strengthened and repainted, and a new roof and panelling were installed.

The second phase involved the addition of more spectator stands, the development of new offices and stores, a new restaurant and improved facilities for athletes.

The pavilion is being upgraded in time for 2023, when Malta is set to host the Games of the Small States of Europe.