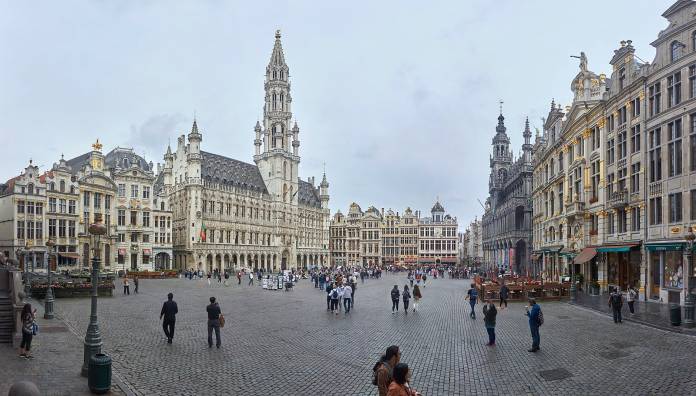 A wave of COVID-19 lockdowns and curbs has stirred resistance across Europe. This is putting political pressures on the governments due to the fact that the continent is also witnessing a spike in cases at an alarming rate.

In Germany the number of cases increased by 15,352 to 560,379, according to data from the Robert Koch Institute (RKI) for infectious diseases.

Britain, which has the highest official death toll in Europe from COVID-19, is grappling with more than 20,000 new coronavirus cases a day and scientists have warned the “worst-case” scenario of 80,000 dead could be exceeded.

France’s reported a record 52,518 new COVID-19 on Monday and the number of people hospitalised with the disease rose by more than a 1,000 for the fourth time in eight days, as the pandemic showing no signs of abating despite a new lockdown.

The total number of cases now totals 1,466,433, making France the country with the fifth-highest total in the world behind the United States, India, Brasil and Russia. The French government ordered a four-week second national lockdown on Friday, as earlier curfew measures failed to have an impact.

Italy’s daily tally of infections has increased 10-fold over the last month and hovered around 30,000 in the last few days, while hospital admissions, intensive care occupancy and deaths have also risen steeply.

Meanwhile the Hungarian government is expected to decide later this week on new restrictions to curb a rapid spread of coronavirus infections. The government’s cabinet chief did not specify what the new measures would be, but he said schools would keep running. “The aim is to be able to fight the pandemic successfully and keep the country operating”, he was reported saying. He said the current situation required further steps from the government and the cabinet would discuss them at a meeting on Tuesday and Wednesday. There were many proposals on the table and “it is certain that tighter measures are needed”.

The Portuguese President Marcelo Rebelo de Sousa said he was pondering declaring a state of emergency as a preventive measure to fight the spread of the coronavirus at a time when infections are soaring. Hours after Prime Minister Antonio Costa asked the president to declare the state of emergency, Rebelo de Sousa said in an interview with RTP Television he was considering the request, explaining it would include specific measures to combat the pandemic but not a “total or nearly total” lockdown.

The number of coronavirus infections in Spain rose by 55,019 on Monday, the biggest increase since the start of the pandemic and more than double the increase of 25,595 new infections on Friday, health ministry data showed.