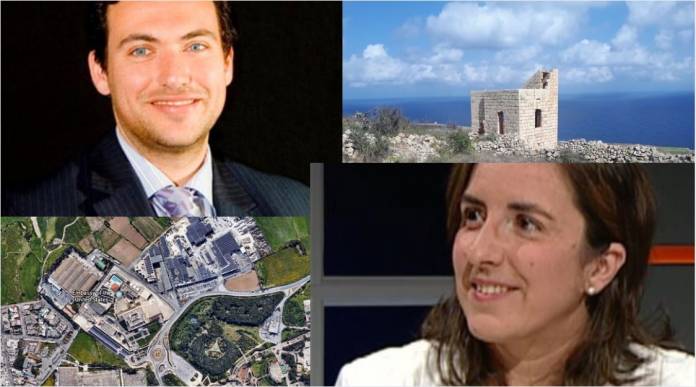 Three experts who operate in the rural sector gave very poor marks to the Rural Policy Design Guidance 2014. Speaking on Newsbook Hour on 103-Malta’s Heart, Ronald Camilleri from the Archdiocese’s Kummissjoni Ambjent, veteran environmentalist Prof. Alan Deidun and Perit Simone Vella Lenicker from the Kamra tal-Periti, gave the policy a maximum of 4 out of ten for the protection of land in the ODZ. They expressed the collective opinion that the public and the common good are both losers in this highly controversial policy.

The chairperson of the Planning Authority’s deciding body, Perit Elizabeth Ellul, failed to reply to Newsbook.com.mt’s requests for comments.

A few days ago, the Planning Authority announced that it was reviewing the Rural Policy Design Guidance at the behest of the government. The short and meagre consultation period was heavily criticised by Prof Alex Torpiano on Newsbook Hour the previous week. Ronald Camilleri of the Kummissjoni Ambjent described the current policy as “solving one problem and creating ten”.

“The owner, not the public, will benefit – Vella Lenicker

Perit Simone Vella Lenicker from the Kamra tal-Periti said that the proposed action plan for Ta’ Qali envisages a span of 60,000 sq m, the equivalent of 60 tumoli of land or 8.5 times a football ground. The height proposed varies between 5 and 6 floors. Vella Lenicker said that this land belongs to one owner, so it seems that the action plan is being formulated to favour one person. Vella Lenicker asked if Malta really needs more commercial outlets and if the existing industrial areas had been studied to see if they had sufficient capacity to house such initiatives. “Will such a permit be for the common good?” asked Vella Lenicker. Referring to the PA board agendas, Vella Lenicker queried how the decision-makers could possibly go into the detail of the applications with a list of over 30 applications each sitting.

Fr Joe Borg, who was presenting the program, said that he had, earlier, sent a message to the chairman of the Planning Commission, Perit Elizabeth Ellul. She is the person under whose remit falls the adjudication of applications in ODZ and has been responsible for granting several of the most controversial permits where the developer Joseph Portelli was involved.

Fr Borg said that Ellul was invited to give her version of events and to explain her position.

Former PM and PL leader, now MEP Alfred Sant called for her resignation over the Qala permit. Portelli said that he ‘will not be using’  the Qala permit but the members in the panel during the program noted that no steps had as yet been taken by the PA to revoke the permit. PN representative on the PA Board Marthese Portelli resigned from the Board in protest, claiming that the PA ha been hijacked by private interests at the expense of the common good. She added that the Qala permit goes contrary to policy.

Specialised Housing designs to be chosen via competition