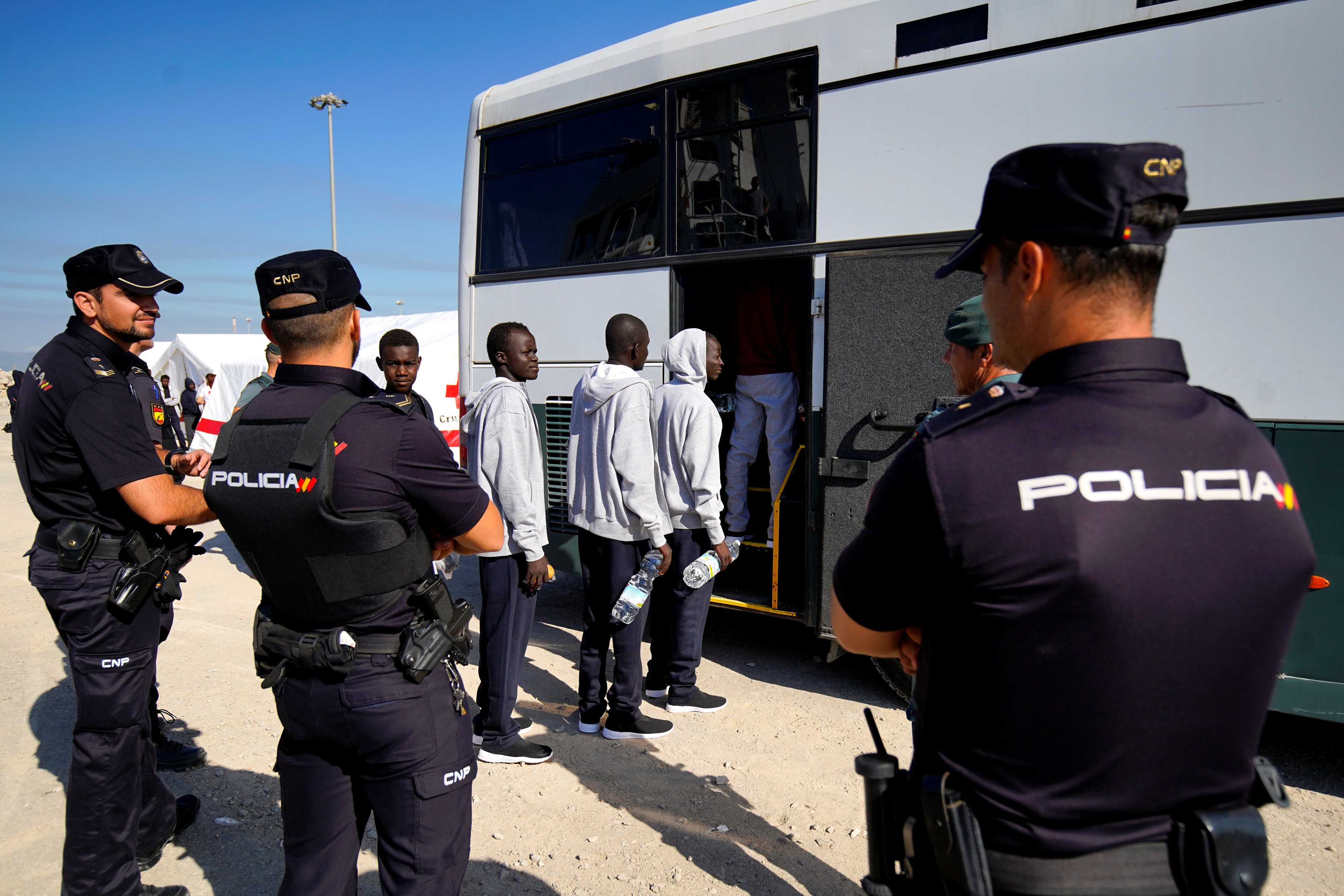 Spanish rescue boat Open Arms arrived in the southern port of Algeciras on Thursday with 87 migrants the crew said they had rescued off the coast of Libya.

The charity Proactiva Open Arms operates in the sea between Libya and southern Europe in a mission aimed at aiding migrants who have found themselves in trouble during an attempt to cross the sea from northern Africa.

The 87 people were rescued from an inflatable raft which was floating directionless with a broken motor in the open sea on August 2, Open Arms said.

Those saved included 84 from the Sudan, a Syrian, an Egyptian and a Gambian. There were 12 children included in those saved, the group said.

“We came across the raft where the people were in a very bad state and very afraid that we were a Libyan boat and we planned to return them to Libya,” Open Arms mission head Ricardo Gatti said during a news conference in Thursday.

The charity says that migrants they have helped have said they fear if they were returned to Libya they could face imprisonment and torture and many have said they would rather die than be returned.

In Spain, they will be processed before being granted refuge in Europe or they will be deported back to where they came from.

Irregular immigration across the Mediterranean has fallen dramatically, with about 60,000 people making it to Europe across the sea to date this year compared to over a million in 2015, but politically it has become ever more divisive.

According to the U.N.’s International Organization for Migration, Spain has seen arrivals jump to 23,741 to August this year compared to just 8,677 in the same period in 2017 as countries such as Italy clamp down on arrivals along its coast.