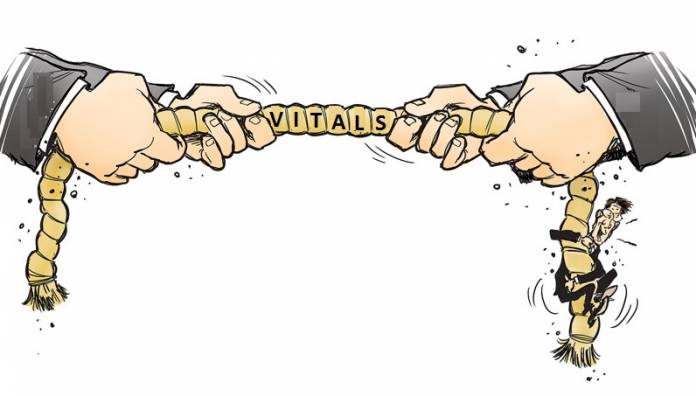 Rule of law NGO Repubblika, issues a new request for an inquiry into the scandal surrounding Edward Scicluna, Chris Cardona and Konrad Mizzi, despite yesterday’s court decision to drop the inquiry.

The rule of law NGO Repubblika has asked its lawyer Jason Azzopardi to issue a new request for an in-genere inquiry into the VGH scandal.

The move comes after yesterday’s decision by Judge Giovanni Grixti within the Court of Appeal, dropped Repubblika’s earlier request for an inquiry which had been upheld by Magistrate Claire Straface Zammit.

The inquiry was intended for investigating allegations of criminal involvement by the Minister for Finance, Economy and Tourism, Edward Scicluna, Chris Cardona and Konrad Mizzi respectively.

The initial inquiry was thrown out because Judge Grixti found that the, ‘investigations by journalists publishing in newspapers or online are not a suitable basis for starting an inquiry.’

Repubblika say it disagrees with this, adding that this raises questions surrounding the value of the media and its role in holding public figures accountable.

‘In democracies the work of journalists is an indispensable component of the functioning of the rule of law. Investigative journalism publishes what institutions fail to do and provoke therefore those same institutions to make up for their failure and act.’

Repubblika goes on to say that the decision made by the court suggests that media reports about public figure’s misdeeds can be immediately discounted and viewed as ‘untrue’.

Along with disagreeing with the court’s rejection of the inquiry, they also disagree with how the court had accused them of, ‘providing too much information and detail in our submission and that the information we supplied was too sparse to justify the opening of an inquiry.’

‘There is no such thing as a right to not being investigated but that is exactly what yesterday’s decree and a similar decision earlier this year quashing an order for an inquiry into the Panama Papers has established.’

‘To link the presumption of innocence to the alleged absence of “facts” other than “opinions of bloggers and newspapers” amounts to a prevarication of the facts as stated in Repubblika’s application. The Police can commence an investigation even on an anonymous tip-off. But this judgement requires that a judicial investigation must have boiler proof evidence cast in steel before the magistrate starts looking into it. That is, no doubt, a convenience for corrupt ministers but an injustice for citizens of this country,’ Repubblika adds.