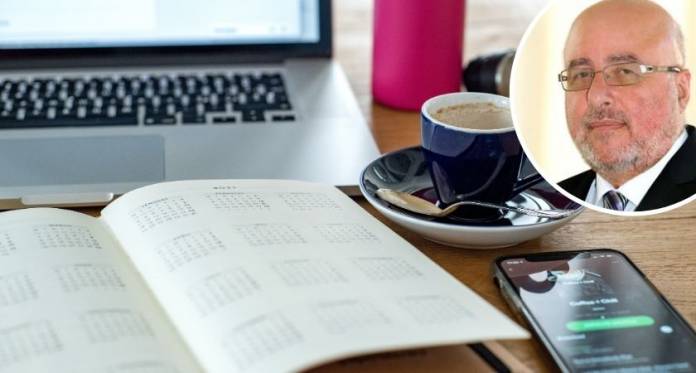 This newsroom reached out to the principal permanent secretary after various readers got in touch with this newsroom explaining that they are made to report to work from the office despite numerous appeals by the Superintendent of Public Health Professor Charmaine Gauci calling on employers to switch to remote working in cases where this is possible.

Directive 13 provided the relevant provisions for remote working for public sector employees. The directive had come into force on 13 March and was extended on 27 April. It was however revoked on 2 June.

At the beginning of the coronavirus pandemic, various government departments closed down in a bid to curb the spread of the virus within the community.

Newsbook.com.mt asked Cutajar why government employees who work in departments where remote work can be done were still being asked to report to work at the office. This newsroom also asked whether remote working could only apply if directive 13 or something similar was in force.

The Principal Permanent Secretary was asked to confirm the difference between teleworking and remote working for public sector employees as well as the number of employees who had received a letter from the health authorities during the first wave asking them to stay home.

Cutajar said that teleworking has never ceased within the public service, adding that there was a clear direction that requests for teleworking are to be approved wherever possible while ensuring that the service delivery is not compromised at all.

“Currently the regulations governing teleworking have been partially waived to accommodate more requests. We are also in the process of shifting from the ‘traditional’ teleworking arrangements to remote working arrangements. The latter is a new and more holistic approach to the subject matter and we are planning to launch the new approach next year when the necessary arrangements will be in place,” Cutajar told Newsbook.com.mt.

Sources working within the public service have told this newsroom that the office of the Principal Permanent Secretary has not reissued a continuation of the directive or a new directive to that effect. This led to a situation where the precautionary measure cannot be implemented. Further, without specific recommendations to protect the vulnerable, vulnerable civil servants found themselves without a legal basis to ask for special arrangements.

The management of different departments is also telling employees that at the end of the day they do not have any final responsibility for dealing with the pandemic.

When directive 13 was in force, public officers were allowed to work remotely. Sources said that despite working remotely, work kept going on smoothly without any problems. Those who were required to go to the office did so when it was absolutely necessary, however, they were not in contact with other employees.

“Common areas are used by everyone and some officers have to come to work using public transport thus increasing risks,” sources said.

Teleworking and remote working via directive 13 are different

Sources have delved into the difference between teleworking and remote working via directive 13 within the civil service.

Civil servants can opt for telework and are required to apply on a yearly basis to work from home in any circumstance. This option is not related to the pandemic. Those who to do telework would sign a contract stating working hours and the days of work to be worked from home and the office. Telework is subject to approval and the percentage of hours worked from home is decided by the management. The contract is renewed every year.

An application for telework may take up to eight weeks for approval.

“Teleworking requests being approved unless it impacts quality of service”

Prime Minister Robert Abela told the House of Representatives that he is informed that the Principal Permanent Secretary Mario Cutajar has clearly directed government departments to approve telework requests in the current circumstances.

Replying to a question by Opposition MP Claudette Buttigieg asking whether Directive 13 will enter into force once again, Abela said that government departments are accepting teleworking requests as long as each department can ensure that customer service is not adversely affected.

Malta registered 103 new coronavirus cases on Monday bringing the number of active cases to 2,151. The health authorities reported 3 coronavirus-related deaths on Monday, two more than the day before. 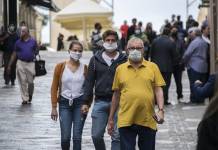 To date, a total of 101 coronavirus-related deaths have been reported.

Are you a vulnerable individual being asked to report to work?

Reach out to us on info@newsbook.com.mt

Watch: Celebrating the work by the public service sector during coronavirus