A bone of Pope St Clement I that was found by a waste disposal company has been given to Westminster Cathedral.

The relic, which is contained in a red and gold, wax-sealed case, was discovered by Enviro Waste during a routine collection last year.

Company owner James Rubin launched a campaign to find a new home for the relic and eventually agreed to give it to the cathedral after Sophie Andreae, vice chair 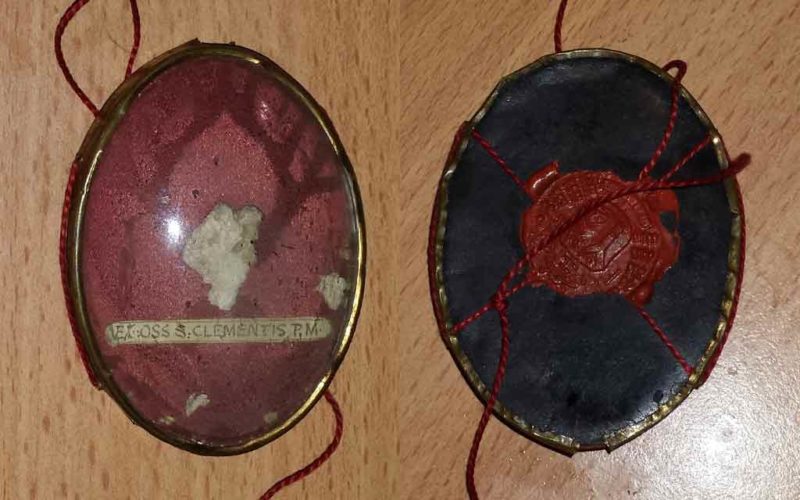 of the patrimony committee of the Catholic Bishops’ Conference of England and Wales, got in touch.

The relic’s previous owner, who decided the remain anonymous, then came forward, saying it had been stolen during a car break-in, but agreed that it should go to the cathedral.

“It’s a really happy outcome to this particular extraordinary story,” Sophie Andreae told the BBC. “These objects are of very great significance. Catholics feel that they have not just a link with a very holy person from the past, but also a link with the divine.”

Rubin officially presented the relic to Archbishop George Stack of Cardiff in the Lady Chapel at Westminster Cathedral on Tuesday afternoon.

According to tradition, Clement reigned as Pope from AD 88 to 99. He is one of the ‘Apostolic Fathers’ – theologians who personally knew some of the Twelve Apostles.

After announcing the discovery last month, Rubin said: “You can imagine our amazement when we realised our clearance teams had found bone belonging to a Pope. It’s not something you expect to see, even in our line of work.