The Medical Association of Malta (MAM) said that the relaxing of measures may in the short term have economic benefits, but on the other hand, one cannot deny the presence of significant health risks where health care professional may be the ones to suffer most.

In a statement issued on Tuesday, as a reaction to what Prime Minister Robert Abela announced on Monday, MAM said it feels that the serious medical risks arising from such measures can only be prevented by honest and unbiased information, strict discipline on social distancing, and hygiene which is regulated and vigorously enforced with fines. 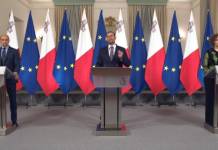 The Association stated that the mistakes made with the “voluntary quarantine” after air travel should not be repeated.

Following the statements made on Monday Evening by Prime Minister Robert Abela, Deputy Prime Minister Chris Fearne and by the Superintendent for Public Health Prof. Charmaine Gauci, MAM said that the current data indicate there has been a spike in coronavirus cases during the past week and the situation is not stable as stated.

14 cases registered on Saturday are equivalent to 1700 cases in Italy in a day, explained the association.

The Association has emphasised again how Mater Dei in the last 10 days faced the worst crisis since the start of the epidemic with 3 wards needing to be closed, and a record 287 persons on quarantine. The fact that this was not acknowledged, while on the contrary giving the impression that all is well, undermines the confidence of the general public, stated MAM.

“Vulnerable groups especially the elderly are on one side being encouraged not to quarantine, while on the other hand it was stated that the virus is still around and one should follow social distancing. It amounts to saying go and have fun but if you get sick or die don’t blame me” – stated MAM. 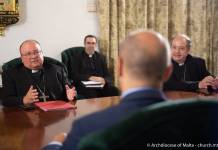 It was also noted how there has been no consultation at all with the Medical Association of Malta with regards to the transition measures in the health service and their impact on the health and safety of medical personnel. Therefore MAM is now requesting an urgent meeting with the relevant authorities.

MAM has also stated how the opening of restaurants which will not be subject to regulations but to guidelines which are not obligatory and not enforceable by fines goes against the basic principles of public health where enforcement is essential to protect the general public.

Regarding the expansion of the size of groups in public to six and at the same time recommend social distancing does not make sense and is contradictory and confuses the general public, said MAM. 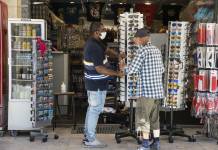 TV films shot in Malta to be shown on Canale 5

Coryse Borg   June 1, 2020
Three films shot in Malta in 2011, Presagi (Visions of Murder) and Vite in Ostaggio Kammerspiel, part of the series Sei Passi in Giallo (Six Steps into a Thriller) are to be shown on Italian television station Canale 5.

Monique Agius   June 2, 2020
Once the project is concluded, it will be linking Malta to the European grid giving the country greater gas transmission capacity.

It is premature to state COVID-19 as a thing of the...