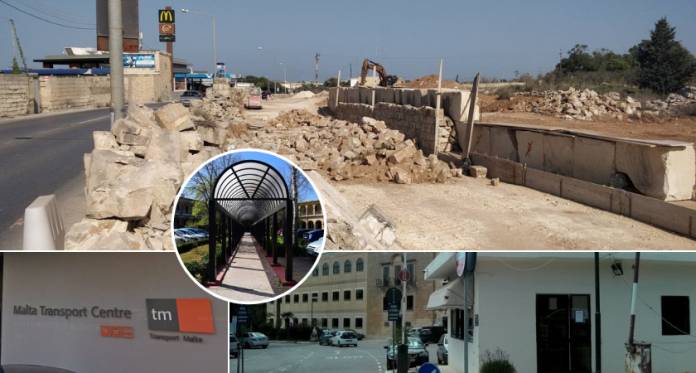 During the past few weeks a number of regulatory authorities and government entities responsible for the enforcement of laws and regulations governing several important sectors have been flouting instead of observing regulations. These include Transport Malta, Infrastructure Malta, the Medical Council, Ambjent Malta and the Institute of Tourism Studies.

The works on Triq tal-Balal works for which Infrastructure Malta and Transport Malta have different responsibilities went ahead despite no permit had been issued by the time the works started. These extensive works include the rebuilding of four roundabouts to introduce new bypass lanes and improved junction design. Times of Malta reported that the project was not covered by a development permit. Both Infrastructure Malta and Transport Malta had confirmed this, with the newspaper. The works included taking up agricultural land and uprooting of trees.

According to a legal notice, this work would require a development application to be filed with the Planning Authority. However The Independent had reported that application was only filed after it was reported that the works had started without permission.

The Annual Report would provide a comprehensive account of all the Council’s work. It would provide information on the Council’s composition and changes in it, an account of the sub-committees which would be entrusted with particular tasks, the keeping of the registrar, its regulatory role such as disciplinary actions and related decisions as well as an account of the appeals filed with the health care professions board and those filed in Court against the Council.

In its mission statement, the Medical Council says that it aims at “safeguarding the patients’ rights and safety”. Its functions are defined in the Health Care Professions Act in the laws of Malta, in line with an EU directive of 2005. Dr Ilona Debono is its current President.

The Annual Report for 2017 remains elusive.

Ambjent Malta: From before Summer to August without a Legal Notice

In a parliamentary question, the PN’s spokesman for the Environment Jason Azzopardi asked whether the Environment Minister Jose Herrera was aware that the new entity, Ambjent Malta, lacked the necessary legislation to function legally. The new entity would be administering the Natura 2000 sites, as well as land and valleys. It will also be in charge of the country’s natural heritage and the implementation of green initiatives.

The board of governors was also nominated, with the Gżira Labour Mayor, Conrad Borg Manche, as executive chairman.

Herrera had reportedly said that Ambjent Malta would be set up before summer however the legal instrument authorizing it to exercise its authority have failed to materialize.

ITS relocated to Luqa… where’s the permit?

Work on the new ITS campus was completed way before the permit was issued. On Wednesday a development application was published in the Government Gazette calling for submissions by those interested on a the application filed by Pierre Fenech, the ITS Chief Executive to change the use of the former Air Malta offices in Luqa into a campus.

TM revokes decision on closing down of autodealers

Use your creativity: colour an Easter picture

Coryse Borg   April 2, 2020
The Arċikonfraternità ta' San Ġużepp (St Joseph Archconfraternity) has come up with a great idea to keep children occupied in a fun and creative way in the run up to Easter.