Once more red-faced, the IT gurus of Facebook discovered a bug in the system which has led to millions of private posts, intended to be shared with friends, to become public.

In a press conference, Facebook admitted to the international media, that this took place between 18th and 27th May. They also said that the problem has now been resolved.

All those who ended with their posts being made public, have been advised by Facebook itself.

According to several Twitter posts, those affected should receive the following message: 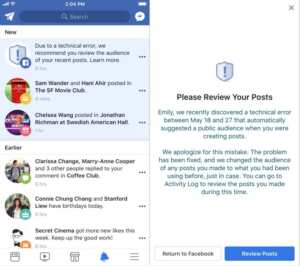