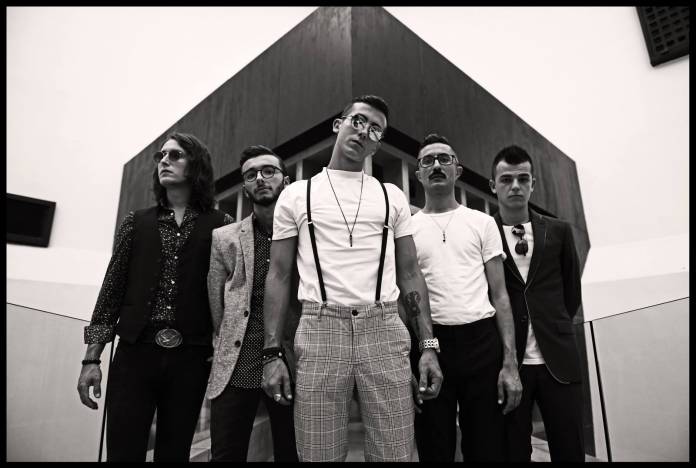 Local band Red Electrick released their fourth album during their third official annual concert where the album was performed in its entirety to a sold out venue on a 360 degree revolving stage which was a first for a local concert.

Tragic Optimistic has 13 tracks in total and features the hit songs ‘Right Here’, ‘G.O.R.G.E.O.U.S’, ‘New Day’ and the most recent release ‘Dive In’- which is making its mark on radio airwaves and has already shot up to Number 1 on the local charts.

‘Dive In’ shows Red Electrick in a whole new light with its 80’s influenced sounds that will have you instantly addicted to the catchy hooks and melodies. Today comes the release of the music video for ‘Dive In’ which was directed by one of the most sought after directors- Steven Levi Vella. The video is different to what we are usually used to seeing from Red Electrick and the band has hinted that this video will be the first of a series of videos with a continuous storyline.

‘Tragic Optimistic’ is out for sale on both CD and Vinyl and can be purchased from all Brown’s outlets as part of a collaboration called ‘Come Alive’ where the proceeds from the album sales, together with a sponsorship from Brown’s will go towards planting trees in an area which desperately needs them.

Red Electrick and The Travellers join forces for unique event