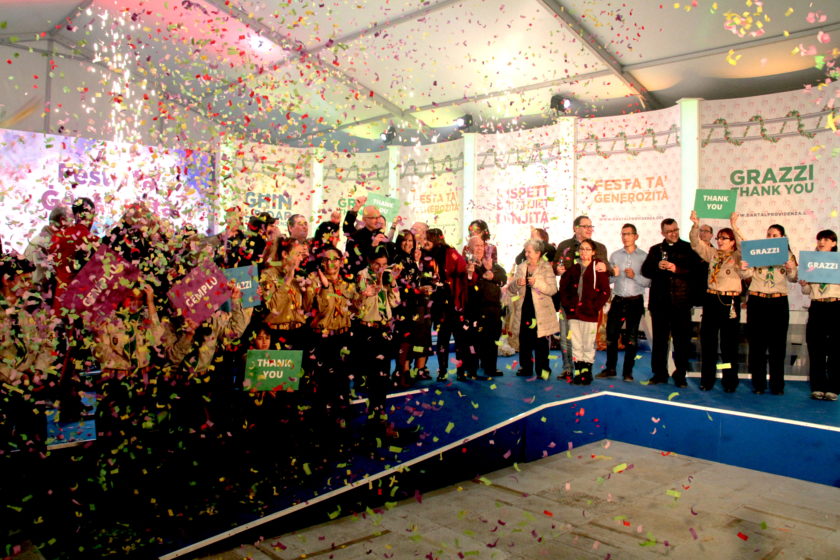 A record sum of €1,275,442 was collected yesterday during the day-long fundraising event Feast of Generosity for Dar tal-Providenza in Siġġiewi.

Fr Martin Micallef, the Dar tal-Providenza Director, said that this fundraising showed what a big heart Maltese and Gozitans have, that year after year, they show solidarity and generosity with Dar tal-Providenza, which helps people with disabilities.

The Feast of Generosity, ‘Festa Ġenerożità’ allows the public to visit and spend time with those with disabilities and raises money to continue providing care and support to Dar tal-Providenza’s patients. The telethon was opened with a mass celebrated by Archbishop Charles Scicluna at the Home Chapel, broadcast live. The event ended at midnight.

Like every year, many Maltese and Gozitan parishes organised their own special fundraising events. €29,482 were raised from the art auction selling art from 98 different local and international artists which took place for the first time at the entrance to Parliament in Valletta. The auction was on the 20th December. Artworks that weren’t sold by auction were then sold at their original price during the Feast of Generosity. 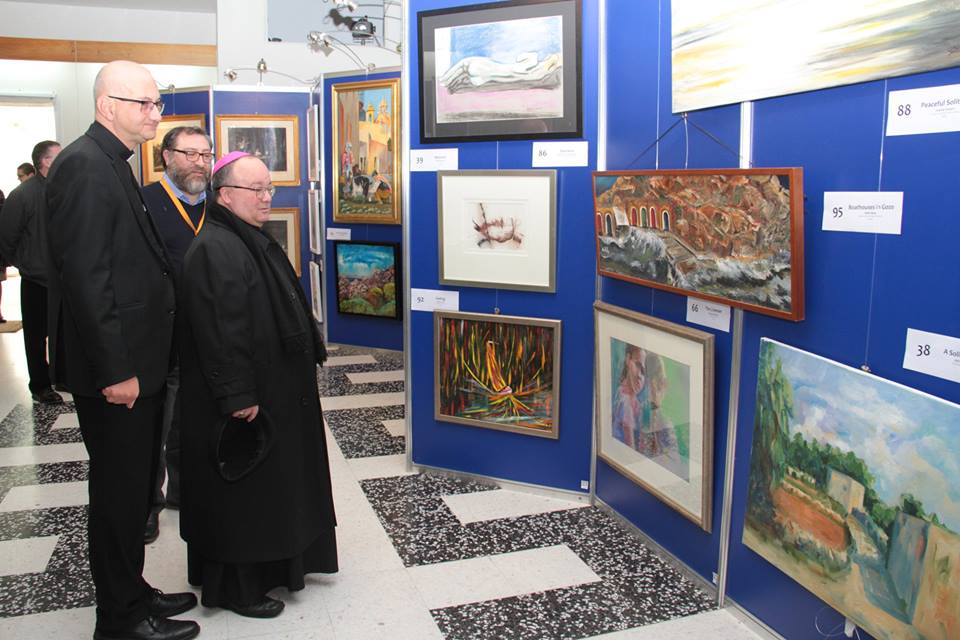 Archbishop Charles J. Scicluna was the first to visit, also celebrating mass at the Dar tal-Providenza chapel. He appealed to the Maltese and Gozitan people to continue respecting and defending the rights of people with disabilities while continuing to be generous with the residents who live at the Dar tal-Providenza. He added St Ġorġ Preca’s maxim that we need the Lord and there is no better way to seek him than by further discovering the Our Father.

Watch: Are you walking with Dar tal-Providenza?