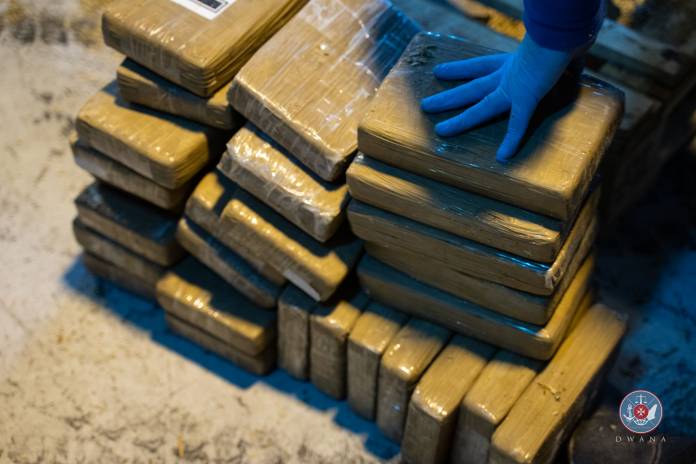 A record of 612kg of Cocaine was found in containers at the Malta Freeport by the department.

The drug with a street value of €69 million was found concealed within pallets that were carrying cooking oil. The cargo left Ecuador and transited through Colombia before being intercepted by Customs in Malta en-route Malta Customs said.

Customs has made a record drug haul on Wednesday, Finance Minister Clyde Caruana announced in Parliament.

The Customs officials noticed discrepancies in the scanning image of the cargo which lead them to carry out a physical inspection on the container’s load, Maltese Customs said in a statement. This led to the discovery of 510 packets, weighing 1.2kg each, for a total of a 612 kg haul.

The case was handed over to the Police Drug Squad for further investigations, while the duty Magistrate was informed about the haul and assigned several court experts to assist.

‘This haul was a record-breaker due to the high value and amount from a single container. To get a better perspective, during 2019 a total of 750kg (84.5 million euro) were intercepted by Customs from 16 containers’, Malta Customs declared.