The Union of Professional Educators – Voice of the Workers, has expressed its concern following a “nightmarish weekend” one week from the reopening of schools. According to the union, notifications about COVID-19 cases in different schools have not stopped. 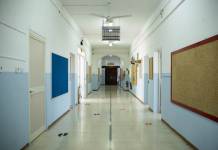 The union has thus asked the Ministry of Education to reconsider the reopening of schools, and to invest in an alternative strategy which will safeguard educators. It added that if things continue as is, with the certainty that teachers are falling ill, and will continue falling ill, will only lead to one disastrous conclusion: “schools will inevitably close and there will not be enough educators to cater for the online learning we are proposing to have in place now.”

Questions have been sent to the Health Ministry, but no reply has been given until the time of publication of this article. 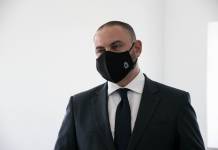 Government has to shoulder responsibility – MUT

For its part, the Malta Union of Teachers (MUT) insisted that the Government has to shoulder the responsibility for the re-opening of schools during a pandemic. It noted that attempts to portray educators as lazy or frightened to return to schools, or worse to use some individuals to attack educators and the MUT, are clearly indicative that the Government wants to shift the blame of its shortcomings on others.

In a statement on World Teachers’ Day, the union said it will be holding the Government responsible for any shortcomings. It also added that the Government was clearly not prepared to open schools, and it is being done thanks to the endless efforts of educators.

The fact that Government does not have a clear and consistent policy regarding information about positive cases in schools is leading to speculation, the statement continued, with online media flooded with posts reporting positive cases in schools. The MUT said that it shall not join this charade of speculation, however, expects the Government to have its communication procedures in place to inform affected educators, students and parents and to ensure that measures are taken. 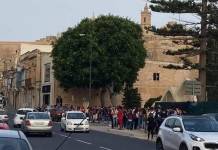 The Nationalist Party insisted that teachers in recent months have led during a crisis and re-imagined the future by creating initiatives out of their own will in order to address the situation brought about by the pandemic, after finding a Government that was unprepared for remote-learning.

In a statement signed by Opposition Spokesperson for Education Clyde Puli, the Party insisted that teachers did not deserve disrespectful words by the Minister that deprived them of their integrity to the public. It called for educational campaigns that promote the role of teachers as a professional in society.

“Teachers are key players in education and should, therefore, be considered as important stakeholders in any decision concerning education,” the statement continued. Puli called for the integration of educators in all important decisions related to the industry.