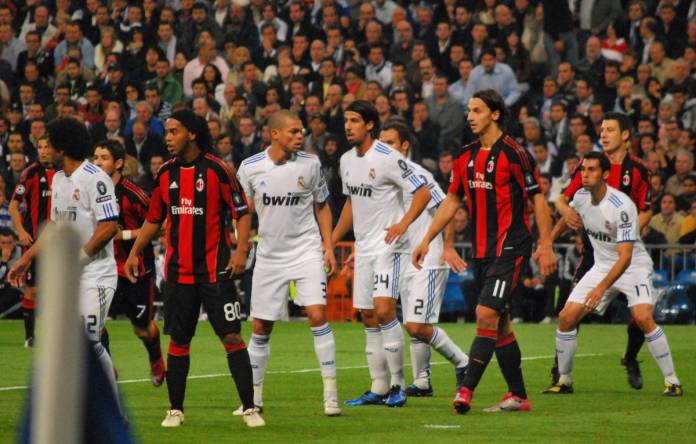 Real Madrid welcomed Celta Vigo on Sunday evening as they aimed to maintain a 3-point cushion on to of La Liga. Celta is struggling at the bottom end of the table with just 5 victories from 23 games this season. The visitors took a surprise lead after Fedor Smolov beats the offside trap and places the ball past goalkeeper Thibaut Courtois. Toni Kroos swept home the equalizer for Real seven minutes into the second half as Madrid had started to show more determination. Sergio Ramos put the hosts in the lead from the penalty spot after Celta goalkeeper Ruben Blanco brought down Eden Hazard in the box. Santi Mina came off the bench for Celta and found the net two minutes later to deny Real the victory. The result leaves Zinedine Zidane’s side one point clear of Barca with 14 La Liga games to play. Barcelona continued their quest to hold on the title with a narrow win over third-placed Getafe with 2 – 1 victory. Frenchman Antoine Griezmann put Barca ahead from a Lionel Messi inch-perfect pass. Sergei Roberto doubled the score form a Junior Firpo cross as the home team went into the break looking to have secured the three points. Getafe had other ideas as Angel Rodriguez scored with the first-time volley after 66 minutes. It was excellent save for Barcelona goalkeeper Marc-Andre ter Stegan that denied Angel a second and a share of the points for the visitors. Getafe still retains third place in the table, two points ahead of Atletico Madrid and Sevilla who both drew their respective games this weekend.

Bayern Munch remains top of the Bundesliga after blowing away Cologne 4 – 1 on Sunday afternoon. In a devastating opening 12 minutes, Bayern found the net 3 times. Top scorer Robert Lewandowski opened the scoring after 3 minutes, this was his 23 Bundesliga goal this season. Kingsley Coman made it two on 5 minutes and Serge Gnarbry scored the third seven minutes later. Gnarbry scored his second and Bayern’s fourth after 66 minutes. Mark Uth’s goal in the 70th minute for Cologne made the score more respectful for the home side. RB Leipzig ended a four-game winless run with a victory over Werder Bremen to regain the second spot in the table. Lukas Klostermann opened the score after 17 minutes, Patrik Schick found the net with a header after 39 minutes. Nordic Mukiele made sure of the three points with a third goal just after the restart. Borussia Monchengladbach are fourth in the table with a game in hand and kept the pressure on the teams above them with a fine win away to Fortuna Dusseldorf. Gladbach went ahead after 22 minutes when midfielder Jonas Hofmann slotted his second goal of the season. Fortuna equalized just before the half-hour mark Erik Thommy found the net for the hosts. Lars Stindl restored the lead for the visitors early in the second half, Florian Neuhaus scored the fourth six minutes from the end. On Friday Borussia Dortmund beat Eintracht Frankfurt 4 – 0 to remain third on goal difference. Lukasz Piszczek opened the scoring with a 20-yard strike just after half an hour play. Early in the second half, Jadon Sancho made it two-nil with a low shot into the bottom corner. Norwegian youngster Erling Haaland scored his eighth Bundesliga goal in four games when he scored in the 54th minute. Rapheal Guerreiro scored the fourth goal for Dortmund as they returned to winning ways.

Bayern Munich return to the top

Amy Borg   March 28, 2020
Deputy Prime Minister and Health Minister Chris Fearne said that the allegations that a particukar private company knew before hand of the tender that the government was to issue to build a prefabricated/temporary hospital to treat coronavirus patients, are unfounded.

Watch: “Stay at home, it just might save a life” – Iggy Fenech

Coryse Borg   March 30, 2020
Newsbook.com.mt is urging the general public to #staysafe during these times. We will be bringing you a number of messages from personalities regarding measures that can keep us all less exposed to risk.