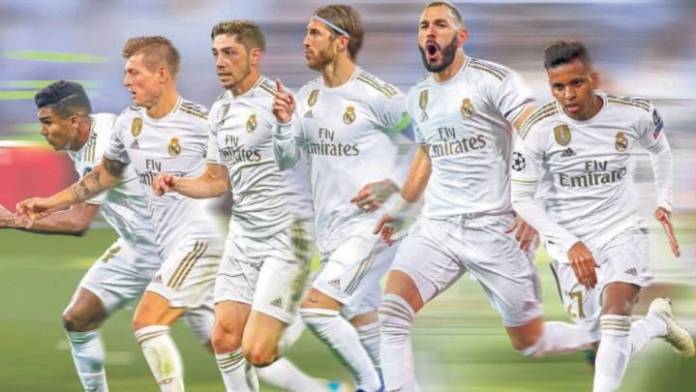 Osasuna welcomed La Liga leaders Real Madrid who were recovering after their surprise elimination from the Copa del Rey on Wednesday. The hosts took the lead through Unai Garcia after 14 minutes, but Real scored two goals in five minutes through Isco and Sergio Ramos before half-time. The result was only made secure late in the game when Vazquez and Jovic made sure of the victory for the visitors. Barcelona had to come back twice from behind to earn the three points to close the gap on leaders Real Madrid. A sixth-minute penalty gave Real Betis and early lead only for Frenkie de Jong to level three minutes later. The hosts restored the advantage with a fine strike from Nabil Fekir but Sergio Busquests made 2 -2 just before half-time. In the 73rd minute, Clement Lenglet put the visitors ahead when he headed in Lionel Messi free-kick. Both teams finished the game with ten men as Fekir was sent off for Betis while Lenglet suffered the same fate for Barcelona.

The game comes back to life

Getafe had a resounding 3 – 0 win over Valencia and continued their push for a Champions League spot. This was a fourth consecutive victory Jose Bordala’s men who have also kept clean sheets in the process. The game came to life in the second half when Jorge Molina broke the deadlock just before the hour mark. Molina scored his second eight minutes later and Jamie Mata made it three for the hosts two minutes from time.

Fourth place is occupied by Atletico Madrid who returned to winning ways with a textbook 1 -0 win over Granada. Angel Correa gave the hosts the lead after six minutes. Granada had ten shots but none troubled Jan Oblak in Atletico’s goalposts. Sevilla moved down a place to fifth on goal difference when they lost away to Celta Vigo. The visitors took the lead in the 23rd minute through En-Nesyri and looked to be in control only for Iago Aspas to level the score in the 78th minute. With the game heading into injury time, Pione Sisto scored the winning goal for the hosts to secure all three points for Celta Vigo.