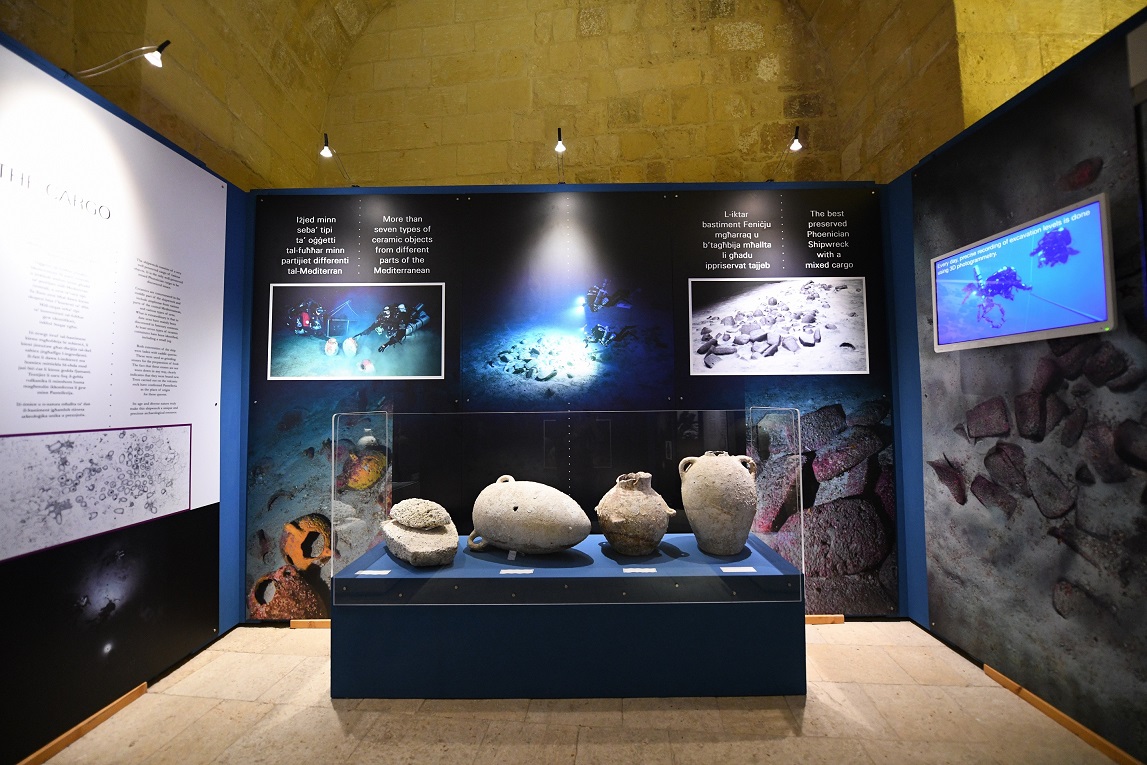 Discovered off Xlendi in 2007 at a depth of 110m, this intriguing ancient vessel has attracted worldwide attention since it is the oldest wreck ever found so far in this region.

Based on more than 10 years of research, the University of Malta, in collaboration with a number of partners, has utilised state-of-the-art technologies to study and explore one of the most exciting underwater archaeological discoveries in the Central Mediterranean.

Apart from following the results of this interesting study, visitors at this exhibition will be able to explore a number of artefacts which were recovered from the Phoenician shipwreck. Moreover, they can use the audio-visual aids to transport themselves into an underwater world of historical discovery.

Research is ongoing and the results will form a significant permanent part of the Gozo Museum, which Heritage Malta and the Ministry for Gozo are collaborating to open.

The material from this exhibition was also exhibited in Brussels during Malta’s European Presidency and was met with considerable international interest.

This exhibition is being held at Heritage Malta’s Gozo Area Office, Exhibition Hall, St Martin’s Quarter Street, Cittadella from Monday to Friday from 8.00am till 4.00pm until the 31st August 2019. Admission free of charge.

More information is available on the Heritage Malta website.