Reactions are pouring in after this morning, Newsbook.com.mt reported that Labour MP Jean-Claude Micallef proposed that journalists should require a warrant to practice their profession.

Micallef was speaking during a debate on a bill amending the Broadcasting Act, primarily to transpose an EU Directive, when he made his argument. 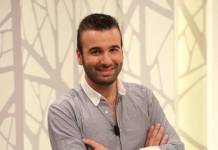 In a statement, Adrian Delia insisted that this proposal will restrain journalists from working to uncover the truth and hold politicians accountable for their actions since their warrant would be dependent on the government. He added that it would be very convenient for the Labour government, which is drowning in corruption, to have control of journalists.

Delia concluded that PN remains determined to uphold the values ​​of democracy and freedom of expression.

Similarly, PN MP David Thake also voiced his opinion against this proposal. On Facebook, Thake asked, “how can we ever dream of a journalist to be licensed by the same government it is investigating?”

An attack on freedom of expression – Ġorġ Mallia

Ġorġ Mallia, who heads the Department of Media and Communications at the University of Malta, emphasised that “NO, they should NOT!”

According to Mallia, this change is despotic, short-sighted, and an attack on freedom of expression. He remarked that when something similar was proposed in the past, when a journalist hadn’t even been assassinated at that point, he would call it either sheer idiocy or a bit of kite-flying, “intended to pave the way for an imposition on the freedom to state one’s opinion freely in a democracy.”

The point is, shackling the right to speak one’s mind through bureaucratic means, continued Mallia, where he insisted that registering, warranting or otherwise controlling journalists is not even thinkable in a democratic society.