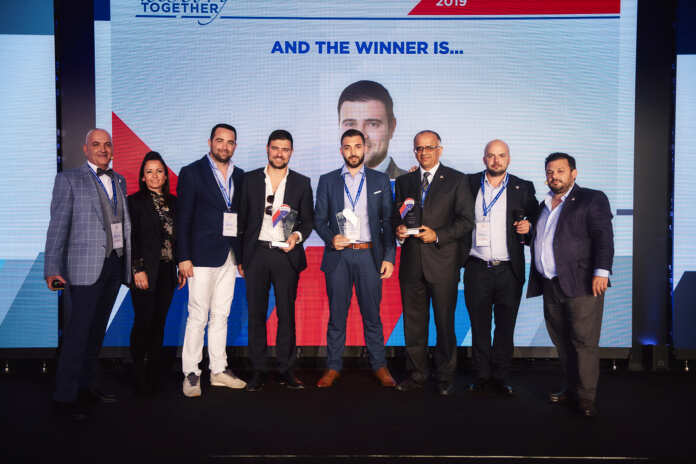 RE/MAX Malta recorded a 29 per cent increase on sales volume over the last year and presented 180 awards to team members over a two-day convention.

Addressing over 450 attendees on the first day of RE/MAX Malta’s 15 Year Anniversary Convention, RE/MAX Malta Chairman Kevin Buttigieg congratulated and thanked all of its franchise owners, managers, associates and staff for their belief in the company vision and augured them to continue focusing on its mission and objectives.

“As markets have changed over the last 15 years, RE/MAX Malta has been the only company to register growth year-on-year throughout this period,” Mr Buttigieg highlighted. “This has not been a coincidence; it is the result of the fact we have concentrated on our training, technology and specialisation, and that we have hired true entrepreneurs to be our brand ambassadors.”

Company COO Jeffrey Buttigieg delivered a presentation to the group that shared his satisfaction that RE/MAX Malta is successfully delivering its transformational plan, as recently confirmed through an internal survey that showed an approval rating of over 90 per cent. He also released recent results from a customer satisfaction survey conducted at the beginning of the year, which details specific trends related to the market.

Mr Buttigieg completed his presentation by announcing the upcoming launch of the company’s eagerly-awaited state-of-the-art real estate software, which will be released within two weeks. “As the company continues to grow, change is inevitable,” he continued. “However, if we have the right mechanisms in place with which we can measure service standards and continue to adapt, then the company will withstand any market changes – as we have done for the last 15 years.”

Joseph P. Theuma and Edward Agius then each provided presentations of the company results for property sales and rentals during the business year 2018.

Her Excellency Marie Louise Coleiro Preca paid a surprise visit to the convention, wherein she thanked RE/MAX for its support of the Malta Community Chest Fund and The President’s Trust during her term as the President of Malta.

Speakers at the convention included CEO of the Up Academy Nathan Farrugia, as well as top international speakers Nathan Dart, Jesse Peters and Taylor Conroy

Before closing the convention with a cocktail reception, a number of RE/MAX Malta associates were presented with prestigious awards based on their achievements.