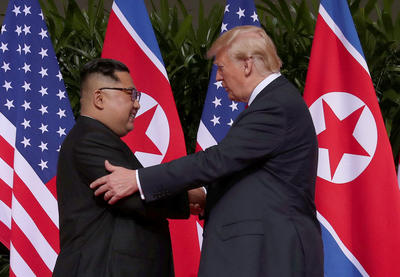 US President Donald Trump and North Korean leader Kim Jong Un, signed a “comprehensive document” after the historic summit in Singapore that will lead to the rapid denuclearisation of the Korean peninsula.

According to Reuters, document details are not accessible, but Trump said the process of denuclearisation is expected to start soon.

Although this step marks the beginning of a new diplomatic process, it can bring about effective changes and long-term security to North Asia. Advances like those of ex-US President Richard Nixon who went to Beijing in 1972 and started a complete transformation in Chinese affairs are expected by President Donald Trump.

Before signing the declaration, Jong Un said the two leaders had a historic meeting in which they “decided to leave the past behind.” He also said that the world will see radical changes.

On the other hand, Trump argued that he had built a special relationship with Jong Un and is hoping that this will lead to better relations between North Korea and the United States.